The Quant e-Sportlimousine displayed for the first time at the 2014 Geneva Motor Show is a concept car that promises a lot of technology advancements in terms of battery that powers the electric drivetrain inside that futuristic body.

The “flow battery” is manufactured by nanoFLOWCELL AG from Liechtenstein, which uses tanks of negatively and positively charged electrolyte solutions, being pumped into a central cell stack.

The entire process that stands behind the flow battery is widely explained into a video, specially embedded for you. But put it shortly, the system produces a nominal voltage of 600 volts and a nominal current of 50 amps.

With the help of four, three-phase induction motors, the Quant e-Sportlimousine can produce up to a staggering 912 horsepower to all four wheels.

With that comes the great sprint of just 2.8 seconds from 0 to 62 mph, with a top speed of 236 mpg. Though these figures were carried out in a laboratory, it is not certain whether the car will meet the requirements concerning its homologation for the roads.

Other than that, the concept car comes inside with Alcantara leather and full LEDs. Enjoy the video and the picture with the concept. 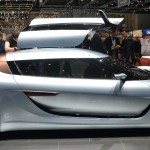 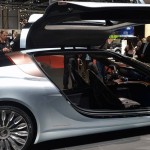 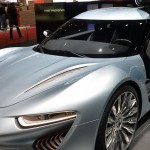 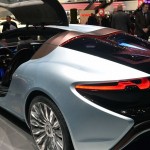 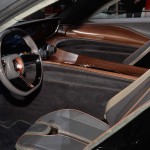 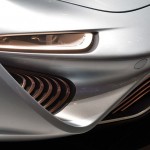 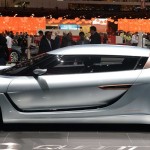