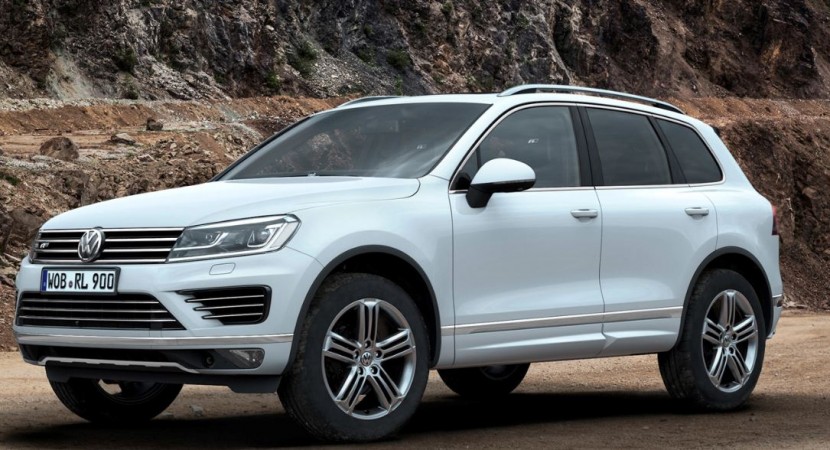 The Volkswagen German based automaker has recently launched the 2015 Touareg facelift model at its German dealers, where it will be available for sale at the base price of 52,125 euros.

The 2015 Volkswagen Touareg is coming with interesting features for the aforementioned price, meaning a fresh paint for the exterior, as well as for the wheels.

Inside the new Touareg, the cabin has now received new leather colors, redesigned controls and other high-tech gizmos.

The base level 2015 Volkswagen Touareg is taking its power from a 3.0-liter TDI V6 turbo diesel unit, developing a great 201 horsepower, but if you want more power, then you can also get the V6 turbo diesel, which outputs 258 horsepower.

Another unit is also available, which is the 4.2-liter turbo diesel with 335 horsepower, but if you want to drive “clean”, then you should get the 3.0-liter V6 gasoline burner, backed by an electric motor, in the Touareg Hybrid version, available with 328 horsepower.