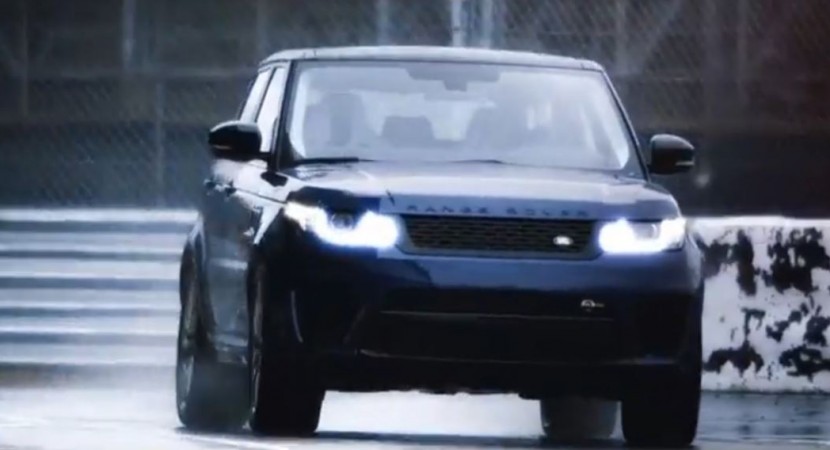 The Land Rover British based automaker has released the first promotional video with the recently unveiled 2015 Range Rover Sport SVR.

The 2015 Range Rover Sport SVR was unveiled just a couple of days ago and now the famous SVR is ending up in our news again in a video, highlighting the real performances of the model on the track.

The video with the 2015 Range Rover Sport SVR is breathtaking, as it previews the performance of the car at Nurburgring, where it managed to run the fastest lap, in just 8 minutes and 14 seconds.

Under the hood, the 2015 Range Rover Sport SVR is taking its power from a 5.0-liter supercharged V8 unit, which develops a total output of 550 horsepower and 650 Nm of torque.

We are talking here about an additional 40 horses and 55 Nm of torque, compared with the present model, capable of sprinting from 0 to 100 km/h in just 4.6 seconds, at a top speed of 261 km/h.

The 2015 Range Rover Sport SVR will be publicly launched at the 2014 Pebble Beach Concours d`Elegance, having a starting price of $110,475.