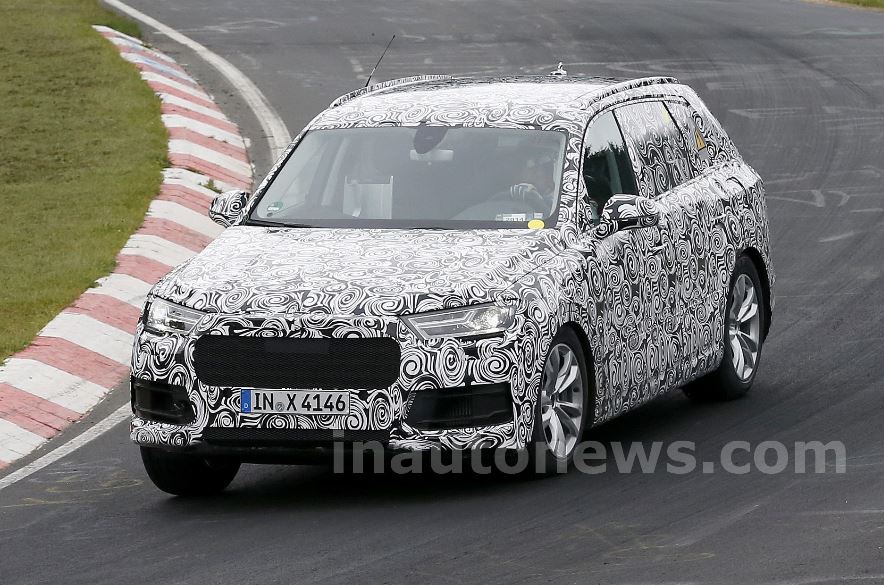 A plug-in hybrid of the long-expected 2016 Audi Q7 was long rumored, but now, spy photographers from Inautonews online publication have managed to caught the model on shots, while undergoing some tests in camouflage on the famous Ring.

The most important news about the Plug-in Hybrid is that the SUV would shed some significant weight, meaning a 400 kg loss, which would increase its performance.

The model will be significantly important to the Audi`s Q7 lineup, as its customers are expecting high-performance for a plug-in hybrid version.

Concerning the visuals characteristics, the Audi Q7 Plug-in Hybrid will come with some mild changes, like new taillights, sweptback headlights, a revised front grille and some other interesting tweaks inside.

Speaking about inside, the cabin of the Plug-in Hybrid will be significantly different than the standard Q7, while under the hood, the engines will also receive some upgrades.

If things go well on the Ring, we should expect the 2016 Audi Q7 Plug-in Hybrid somewhere next year.