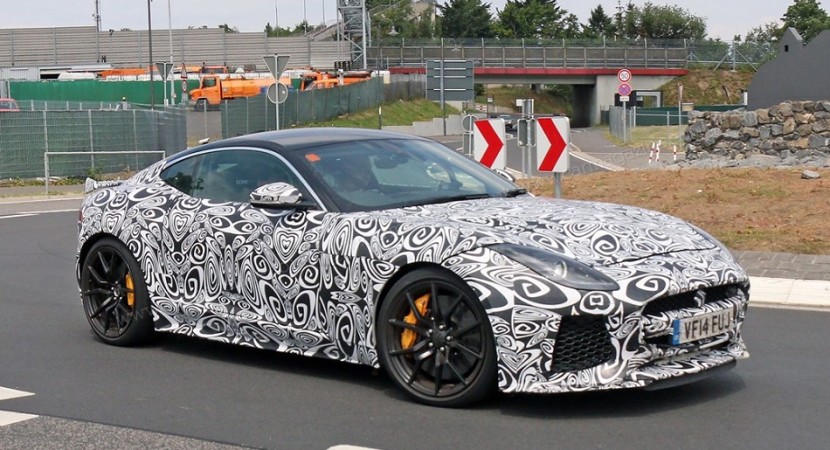 The 2016 Jaguar F-Type SVR top of the line is preparing for a final debut at the 2016 Geneva Motor Show, but until then the model has been spotted in a spy video while performing some heavy tests at the Ring.

The 2016 Jaguar F-Type SVR is set to be more powerful than the F-Type R Coupe, as it will pack an upgraded 5.0-liter V8 supercharged engine, with 600 horsepower.

Rumors also have it that the all-new F-Type SVR would also feature an all-wheel drive configuration, hooked to an automatic transmission, instead of a manual one.

The automatic refers to the already announced eight-speed Quickshift gearbox, which will offer more impressive performance. Unfortunately, these are kept quiet for the moment.

Apart the upcoming 2016 Jaguar F-Type SVR, the carmaker is also planning a soft-top version, as the recent spy shots confirm. This one would come with the same engine configuration as its hard-top sibling.

Until further news, enjoy the spy video with the 2016 Jaguar F-Type SVR performing some tests at the Ring and don’t forget to share your opinions with us!