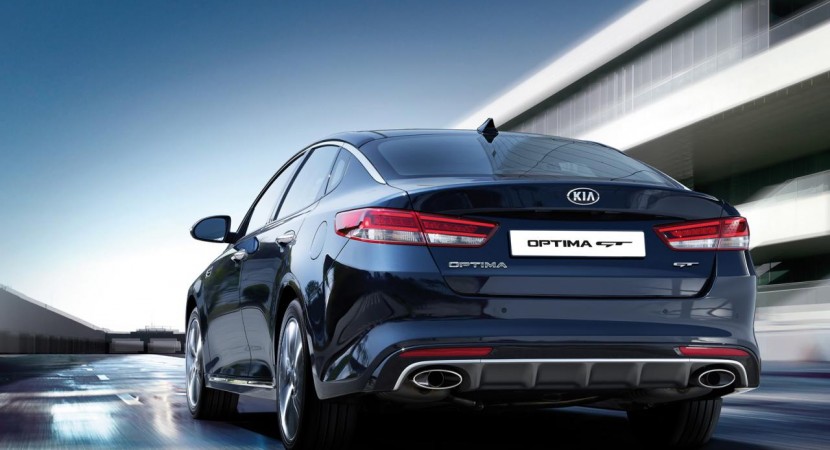 Kia officially revealed the new Optima GT at the Frankfurt Motor Show, a model that comes with some styling tweaks and more power under the hood. The South Korean model has a 2.0-liter four-cylinder engine at its heart and offers 245 hp and 353 Nm of torque. Thanks to these features, the 0-100 km/h acceleration is possible in 7,4 seconds with a top speed of 240 km/h.

The sporty Optima GT also got new brakes, a revised suspension and a new Electronically-Controlled Suspension system. The latter lets you adjust the damping force on every wheel while the new motor-driven power steering also helps with the handling.

Last but not least, the exterior gets a new set of alloy wheels as well as revised bumpers and front grille.

Thanks to the Euro 6 certification, the gasoline engine returns a combined fuel economy of 8,2 liters/100 km or 34,4 mpg UK. Kia also managed to keep the CO2 emissions at under 200 g/km.

In terms of availability, the 2016 Kia Optima GT should hit the dealerships next year with precise pricing details to be offered in the meantime. Until then, be sure to check the photo gallery provided by the South Korean folks at Kia. 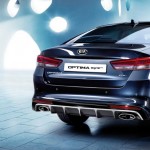 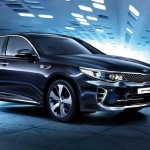 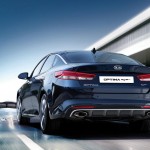