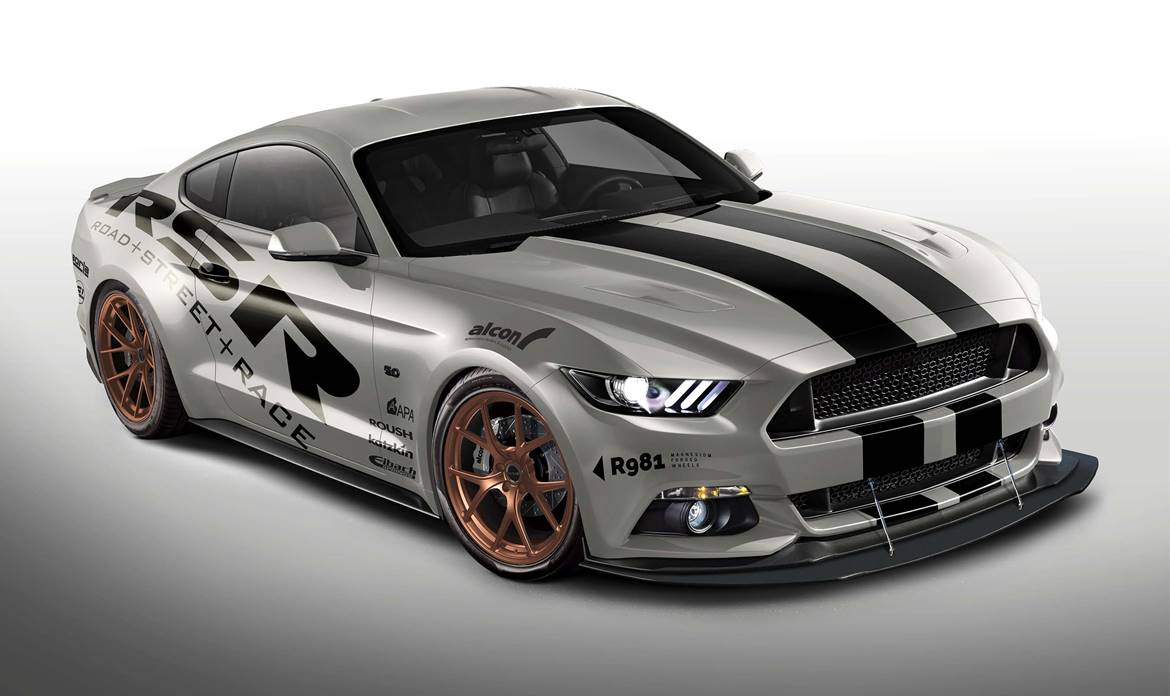 The 2016 SEMA show feels like home for some US carmakers that have already presented their special rides at the event, with Chevrolet and Ford taking the lead with a series of concepts and specially customized muscle cars, that will be the eyes and ears of the media worldwide for the next couple of days.

Ford gets exclusivity at the event with a host of modified 2016 Mustangs, each one being showcased with bespoke aero kits and power kits under the hood. However, the carmaker has partnered Hostile Wheels, an American wheel shop that has a background with Mustang models.

The end result is a gorgeous 2016 Ford Mustang all dressed up with the new and high-performance 20-inch high forged aluminum wheels wrapped in Micheling Pilot Super Sport tires, the model also receiving some improved mechanics, including the lowering kit by eibach, Borla exhaust system, or the Alcon braking system.

Besides the high-performance alloy wheels, the 2016 Ford Mustang presented at the 2016 SEMA show also comes with new tweaks inside the cabin, including Katzkin leather, Alcantara, aluminum pedals, sports seats and so on.