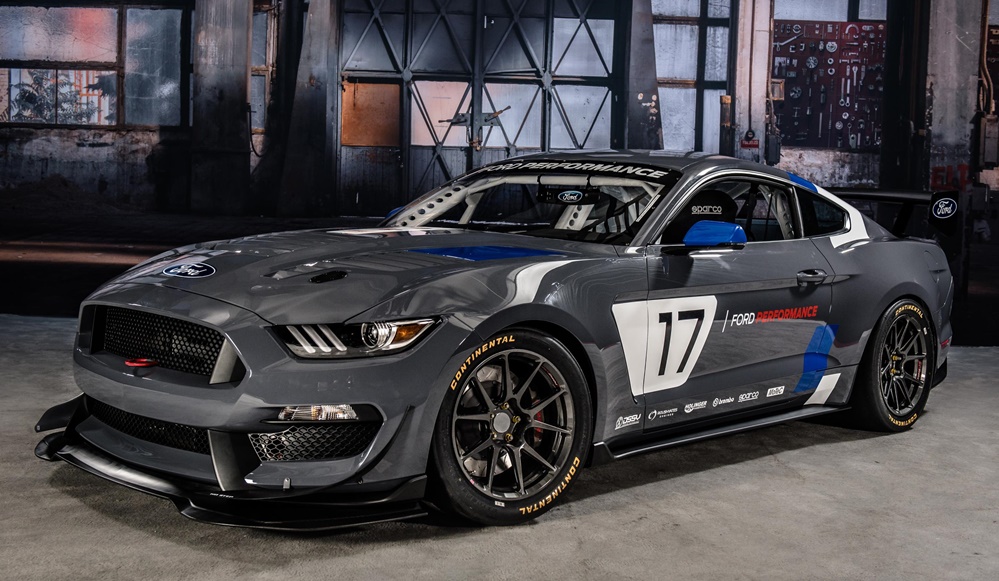 The North American based carmaker Ford is the second largest carmaker at the 2016 SEMA Show to present an extremely appealing model fleet, most of them comprising custom-built Mustangs.

One outstanding Ford Mustang that is currently displayed at the carmaker`s stand in Las Vegas, is this exquisite GT4 racer, which is fully packed with a lot of tuned-up mechanics, unique styling features and impressive performance under the hood.

As the carmaker states, the Ford Mustang GT4 is a genuine race car, being based on the Shelby GT350R-C and coming with a lot of high-performance tweaks.

At the exterior, the all-new Ford Mustang GT4 features an extremely aggressive aero kit, consisting of standout front splitter and rear wing, hood venting and rear diffuser, the overall look being complemented with high-performance 18-inch Forgeline alloy wheels, which are only designed for track-use.

In the engine department, the GT4 packs a massive 5.2-liter V8 engine, being hooked to a six-speed Holinger paddle-shift transmission, which is the perfect choice when speeding up in the motorsports series like Grand Sport class of IMSA Continental Tire SportsCar Challenge, Pirelli World Challenge GTS or European GT4.

Besides the presentation of the Ford Mustang GT4 racing car, the Ford carmaker has also presented the Ford Performance App at the 2016 SEMA Show, which displays a lot of information about advanced analysis, track-based data-logging and much more.