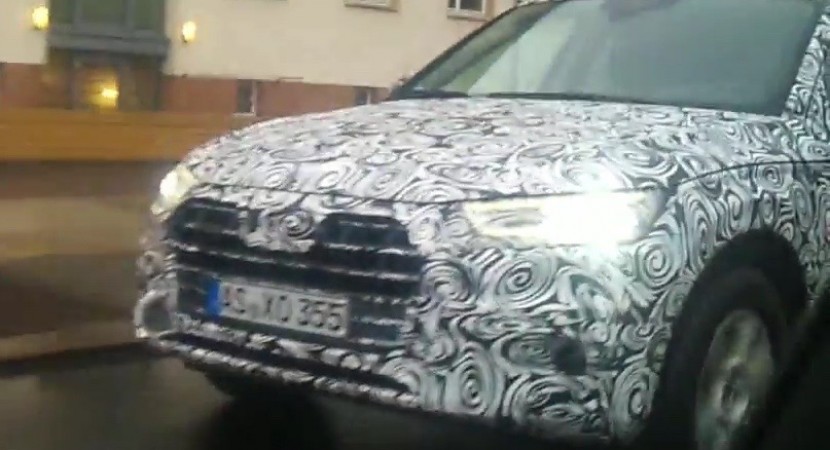 The 2017 Audi Q5 has been recently spied in a video while performing some tests in Germany, the model undergoing the final preparations before officially debuting at the end of the year. Once it will emerge on the market, the all-new Q5 will stand side-by-side with the upcoming Q2.

As we can depict from the spy video, the test mule is fully camouflaged, meaning that changes are about to occur at the LED taillights. The model is also expected to come with the matrix LED technology in a premiere, along with reshaped panel contours and straighter design cues. Overall, the styling might resemble that of the Q6-quattro concept.

The 2017 Audi Q5 will underpin the Group`s new MLB Platform, the same one found underneath the Audi A4 or the Q7 SUV, meaning that the model will shed off significant weight, which is around 100 kg, making it more agile and effective on the road.

In the engine department, the 2017 Audi Q5 is expected to carry over the same engine lineup from the all-new Audi A4, including the top of the line turbocharged petrol and turbo-diesel four-cylinder mills, along with the new twin-turbo V6.

Things don’t stop here, as the carmaker is also preparing the Audi RS Q5 hardcore, along with a plug-in hybrid, which will fit a 2.0-liter four-cylinder and an electric motor.