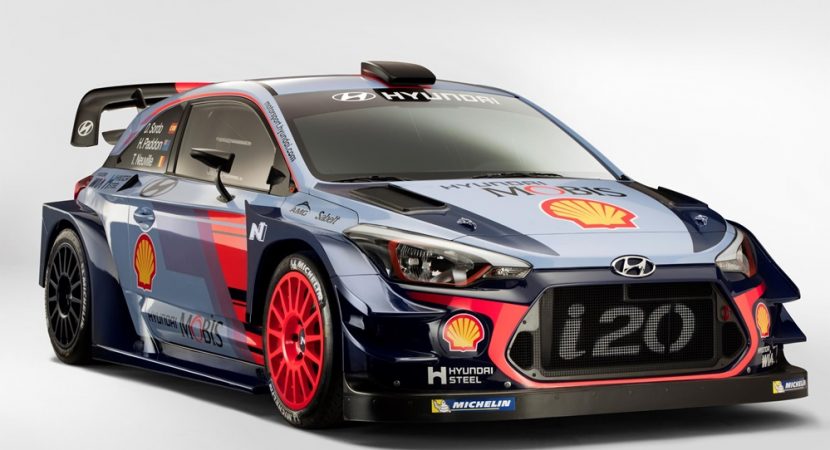 The 2017 rally season will be more exciting now with the newly-introduced 2017 Hyundai i20 Coupe WRC, revealed by Hyundai Motorsport at the Autodromo Nazionale Monza, in Italy.

As expected, the new racer from Hyundai will come with exceptional features in terms of mechanics, adding improved power and new styling elements. The team has also explained the new model in an official press release:

“We are heading into a new era for the sport with the biggest change to the regulations for some time. It’s a great new technical challenge and one that we have tackled with enthusiasm. It’s an opportunity to put into practice everything we have learned and experienced in the past three seasons. All teams are starting from scratch so we are on equal footing. Having finished in a fighting second in 2016, we want to demonstrate our ability to fight for the Championship next season – and we are confident the i20 Coupe WRC will help us do just that.”

Behind the wheel of the 2017 Hyundai i20 Coupe WRC will be Thierry Neuville, Dani Sardo and Hayden Paddon, which are experienced factory drivers for the Hyundai Motorsport.

Once arriving on the Hyundai Motorsport`s stand next year, the 2017 i20 Coupe WRC will come with an extremely aggressive aero kit and improved aerodynamics, adding a power increase of 80 horsepower, for an overall of 380 horsepower.

As for new mechanics, the engineers from Hyundai Motorsport are still building up the car`s racing components, meaning that it will receive new suspension system, dampers, bespoke lowering springs and much more.