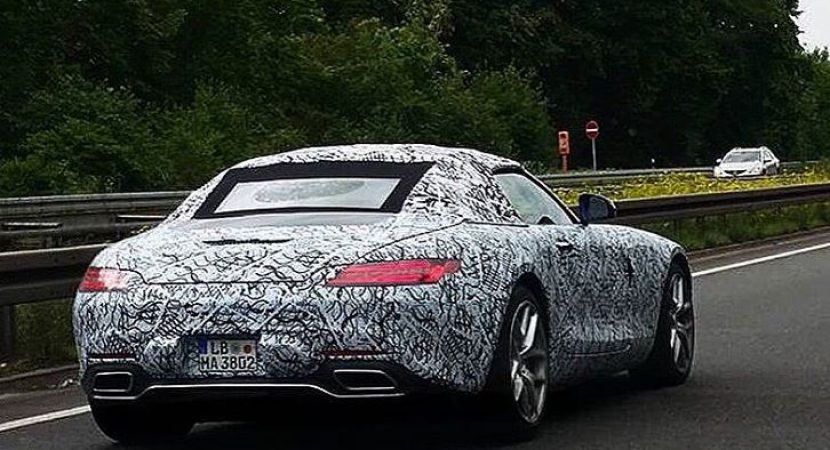 It`s been a while since we have last heard about a future AMG GT Roadster that would put the legendary SLS AMG Coupe to sleep, with CEO Tobias Moers also hinting at the possibility of a much more potent version.

Recently, we have had the chance and the pleasure of seeing the GT Roadster on some testing, the model popping out in the first spy photo on Autobahn.

We are actually dealing here with a successor of the more expensive SLS AMG sibling, the new roadster being expected to be built on the same platform. With all that, this particular model is also set to come with some exterior improvements.

As we can depict from the spy photo, the 2017 Mercedes-AMG GT Roadster will come with a retractable soft-top, adding a large rear trunk with integrated third brake light. Also, the rear overhang will also be longer, but will come with a regular trunk opening.

As far as the interior goes, we don’t have any official confirmation of any new added bits, but we should expect some changes, like Airscaf seats and new controls.

As the same Tobias Moers hinted at a couple of months ago, a much more potent V8 might also join the club, the engine sourcing around 503 horsepower and 479 lb-ft of torque. The sprint from 0 to 100 km/h would be done in 3.7 seconds, at a topping of 193 mph.