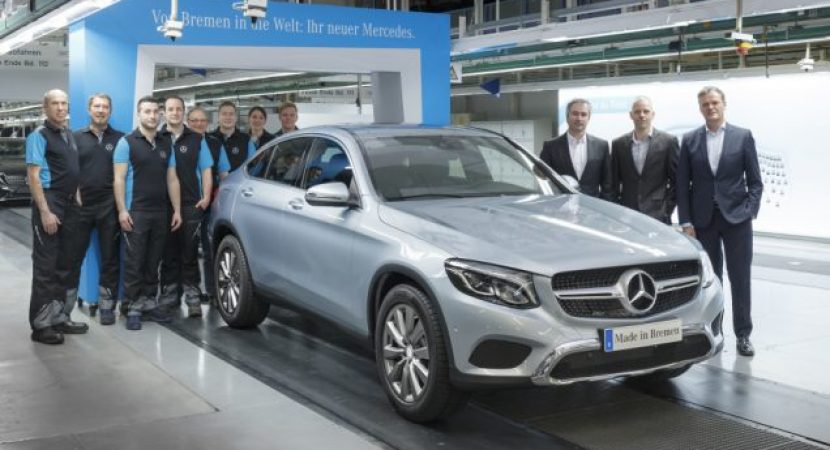 It seems that the new BMW X4 will face a top competitor from Mercedes-Benz, which unveiled its extremely imposing 2016 GLC Coupe at the 2016 New York International Auto Show. Now, the model has received the green light for production.

According to Michael Peters, Chairman of the Works Council at Mercedes-Benz, the all-new GLC Coupe was built to cope with the growing popularity of Mercedes SUVs worldwide, and Bremen plant is the perfect spot to deliver their best products.

The 2016 Mercedes-Benz GLC Coupe SUV is currently rolling down the production line at the carmaker`s plant in Bremen, being built alongside other flagships like the GLC, SLC, SL or the entire C-Class fleet.

In order to make way for the big GLC Coupe, the German carmaker had to add up a 750-million euro investment, which would cope with the heavy demands of the gorgeous SUV. The heavy investment also created 200 extra jobs, the plant now reaching more than 12,700 workers.

We are not sure how much the all-new Mercedes-Benz GLC Coupe will cost, but the rumor plant says it will be around 49,444 euros in home country, which will make it about 5,000 euros more expensive than the base GLC.

The details list is rather scarce right now, but among other high-end features, the all-new Mercedes-Benz GLC Coupe is expected to come with a 2.1-liter turbo diesel and a 9G-Tronic automatic transmission. More fresh news will be announced towards the end of August.