Is This the 2018 Bentley Bentayga Speed? 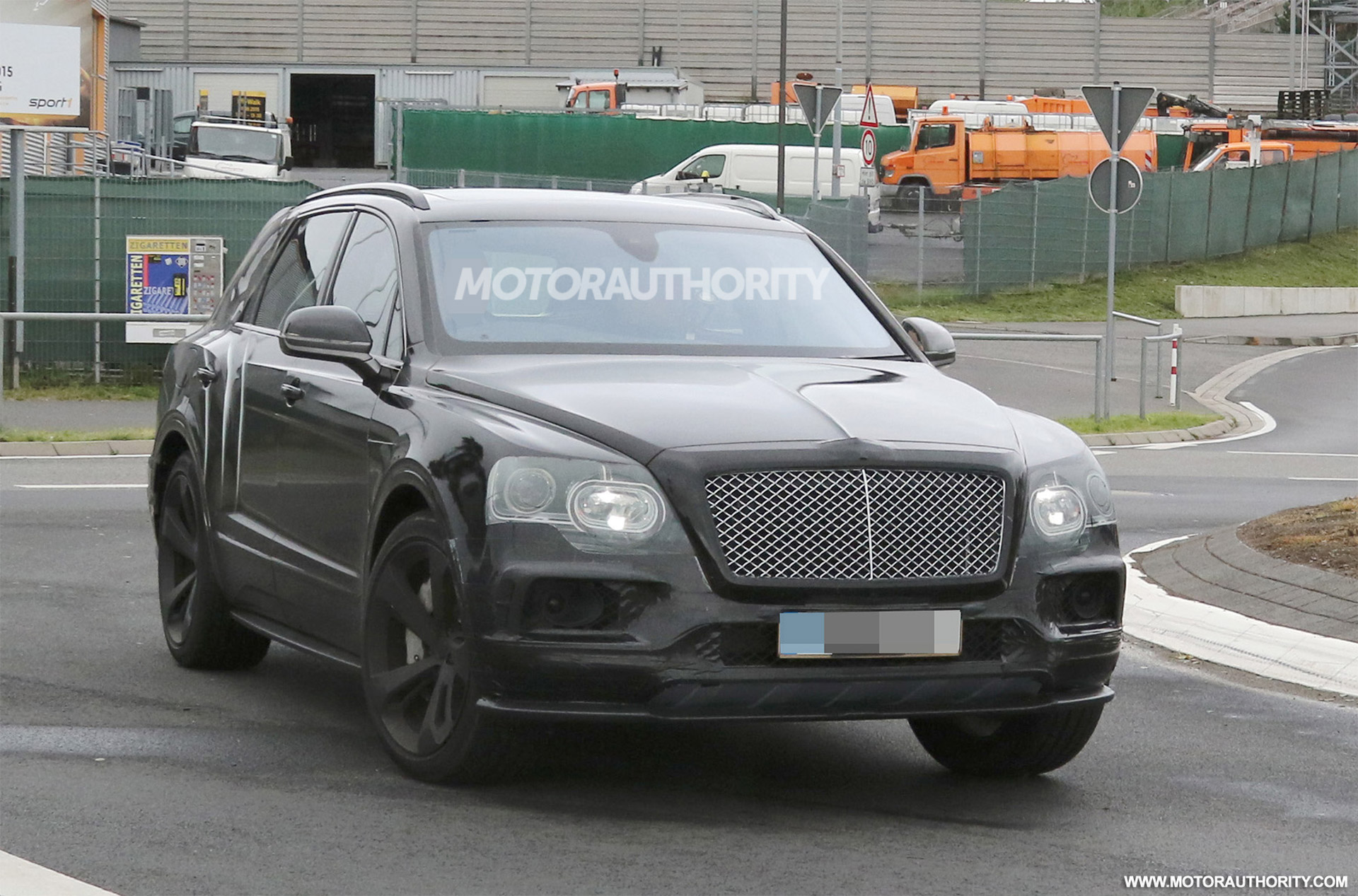 The Brits from Bentley have been working on their first SUV Bentayga for quite some time and now the model is ready to face its official debut at the 2015 Frankfurt Motor Show, starting the second half of September. However, a new prototype based on the Bentayga has been recently spied at the Nurburgring, while performing some track tests.

We might be dealing here with the rumored Bentayga Speed, a topper model which is set to come with more performance and luxurious features than the already announced Bentayga based SUV.

The test mule is wearing plenty of camouflage, a clear indication that it will come with some changes at the body, which will make it set apart from the Bentayga SUV. The Speed prototype will thus come with a more aggressive body style, consisting of a new front bumper, wider air intakes, prolonged front splitter, updated rear diffuser and a wide roof-mounted wing.

At the rear, there are also some elements indicating the presence of a high-performance engine under the hood. The oval exhaust system for instance, might give away the W-12 engine, the same one found on the Continental GT Speed model. We might thus expect a similar 6.0-liter W-12 twin-turbocharged engine, with around 630 horsepower and 830 Nm of torque.

This way, the 2018 Bentley Bentayga would have no problem taking on the Mercedes-AMG GLS63, Porsche Cayenne Turbo or Maserati Levante in all their flagship versions. Until further details, enjoy the spy shots with the high-end model provided by Motor Authority auto magazine!