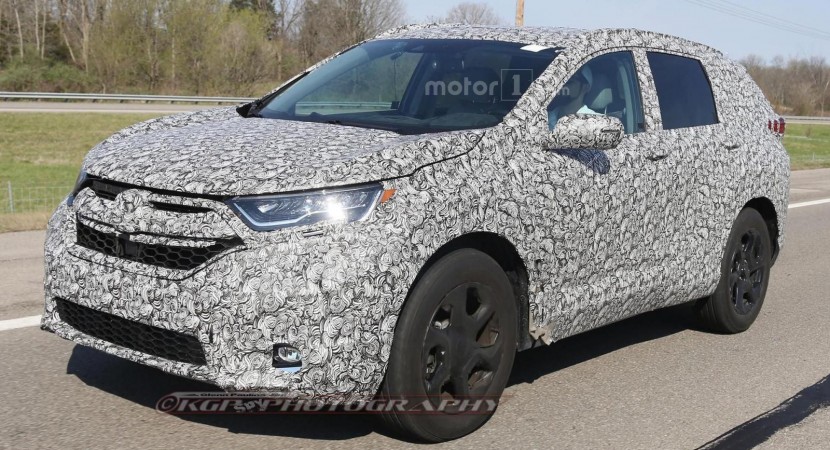 The long-rumored 2018 Honda CR-V crossover has been recently caught on its first spy shots while undergoing some road tests in the United States, wearing full body camouflage.

The upcoming CR-V can be recognized from the crowd thanks to its evolutionary body styling which consists of updated front fascia with the angular grille flanked by the brand-new LED headlights, along with the new A-pillar with sporty greenhouse and wider shoulder line.

At the rear end, the 2018 Honda CR-V comes with revised taillights, tailgate-mounted spoiler, and the standout dual exhaust system.

As we can depict from the spy photos, the all-new CR-V crossover might be a little bit longer than the current CR-V, with the rumor mill including the possibility of a third-row seat.

Inside, the cabin of the 2018 Honda CR-V will also feature updated high-tech gizmos. The news was confirmed by Takahiro Hachigo, CEO at Honda which mentioned the presence of “new technologies”, along with the latest safety features.

In the engine department, the 2018 Honda CR-V might come with a brand-new 1.5-liter turbocharged flat-four engine, with a good output of 174 horsepower and 162 lb-ft of torque. As expected, the crossover will also spawn a plug-in hybrid and even a hybrid version.

The 2018 Honda CR-V will be built in Canada and will be introduced somewhere next year. The price tags were not yet revealed. 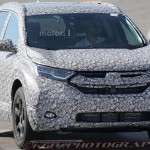 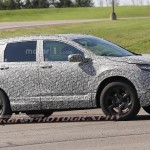 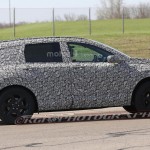 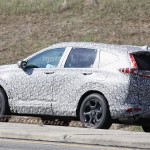 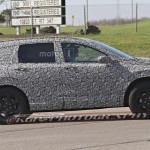 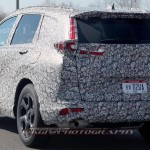 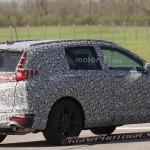 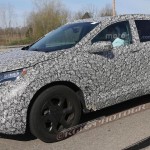 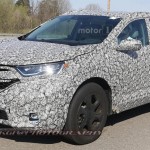 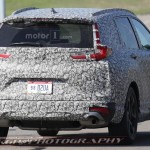 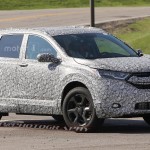 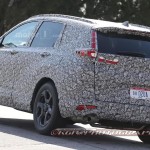 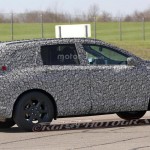