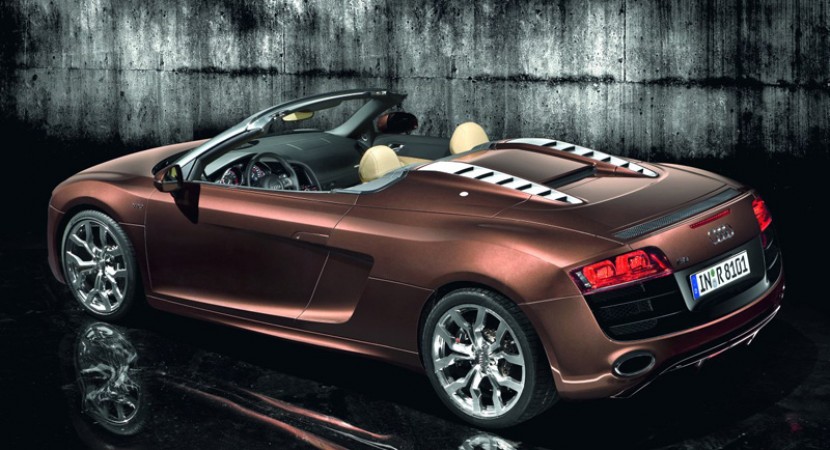 The convertible version of the Audi R8 receives the V8 engine capable to develop 420 horsepower under the hood. The eight-cylinder unit will provide a cheaper alternative to the existing V10. After the V10 engine was used only at launch of the convertible version of the R8 supercar, Audi has decided to expand the model’s range to meet the demands of customers that want something more accessible. 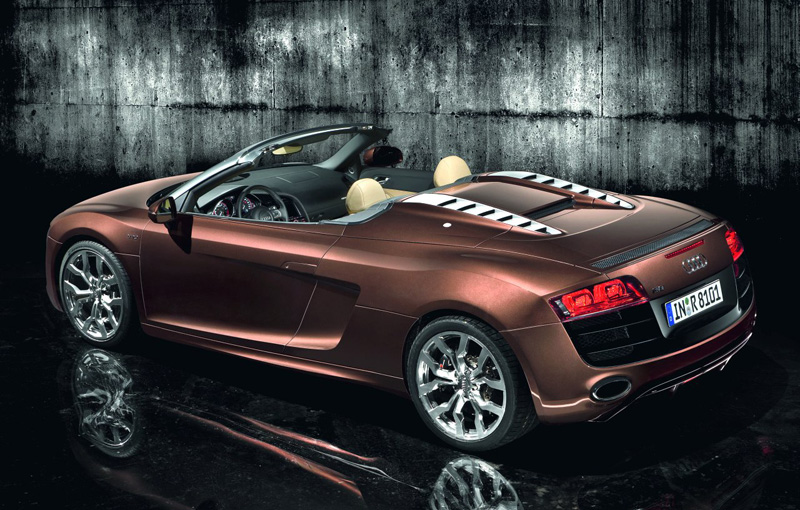 The Ingolstadt manufacturer announced today the introduction of the V8 4.2-liter FSI engine for the R8 Spyder alongside the existing option with ten cylinders. The propeller of 430 horsepower and 430 Nm comes with an R-tronic sequential manual gearbox, which transmits the resources to both axes through a four-wheel drive quattro system.

The new version of the V8 can accelerate from 0-100 km/h in 4.8 seconds and can reach a top speed of 297 km/h. Like the V10 version, the new V8 is also placed on an aluminum structure with carbon fiber and comes with a retractable fabric roof. The new engine will debut in the third quarter of this year.