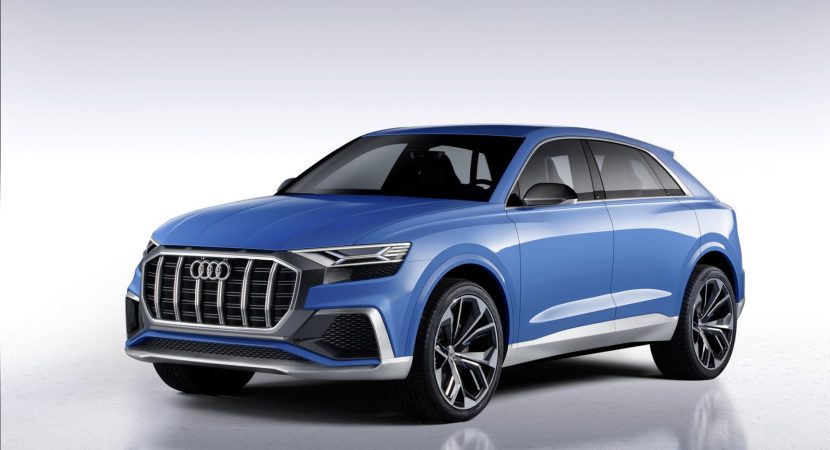 The 2017 Geneva Motor Show is making the final preparations before receiving the world`s hottest models. This is the most important auto event of the year and Audi carmaker will be making its grand debut with a whole fleet of models, including a mysterious model.

This secret model was teased just once and everybody has already forgotten about it. But that`s why we are here for, to remind you of it. It refers to a ”natural gas model with a unique sustainability concept” which will be well-received. Stay tuned for more details tomorrow!

Meanwhile, we are getting ready to see some other Audi models in actions, like the already announced RS5 Coupe, which will complete the A5 lineup for the moment. This one comes with the new 2.9-liter twin-turbo V6 engine, developing 444 horsepower and 592 Nm of torque, capable of sprinting from 0 to 100 km/h in less than 4.0 seconds, at a topping of 250 km/h.

Another interesting model that we will be seeing in Geneva would be the Audi Q8 concept, a powerful high-end model competing against the likes of the BMW X6 or Mercedes-Benz GLC Coupe, and alreayd previewed at the 2017 NAIAS, in Detroit.

Besides the aforementioned new editions, Audi is also likely to lift the veil of the RS1 and the RS Q5, even if there weren`t any official confirmations on that matter yet. Stay tuned for more details tomorrow, at 8:35 am CET.