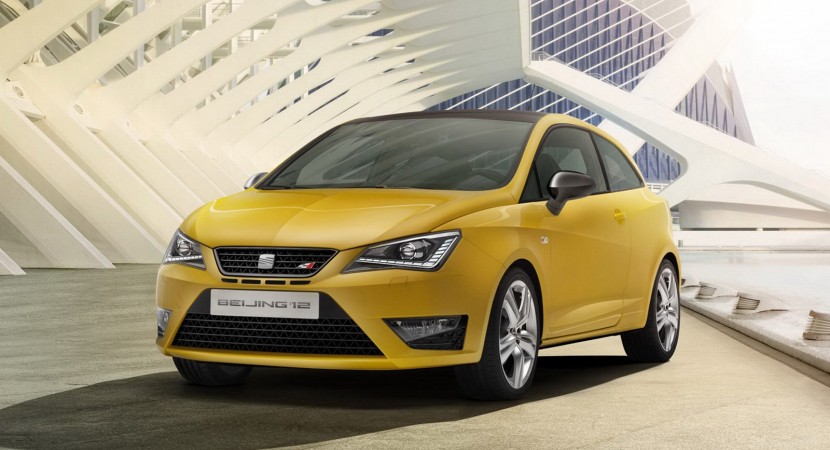 China’s most important event on the automotive scene is about to get shown off at full throttle and here’s one of the models to be introduced there early. 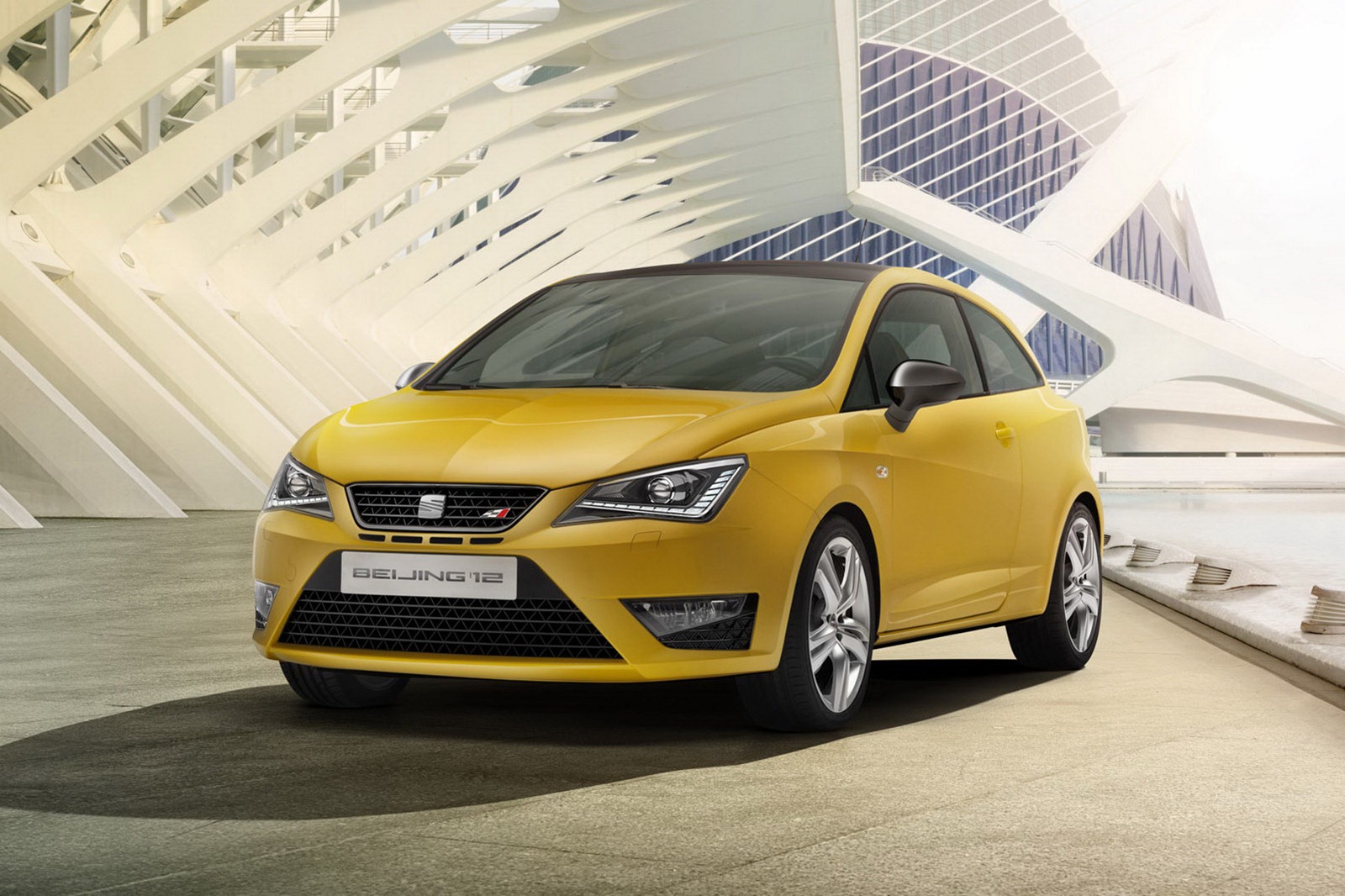 It will go on sale in Europe later this year and we suspect it will look just like the car unveiled in Beijing but, for the time being, it’s called a concept.

I might be overrating this model but I think it’s one of the finest small hatchback designs out there right now.

In coming up with this design the Spanish at Seat have given us proof that they can do considerably more than just outline VW products like they did with the Toledo. 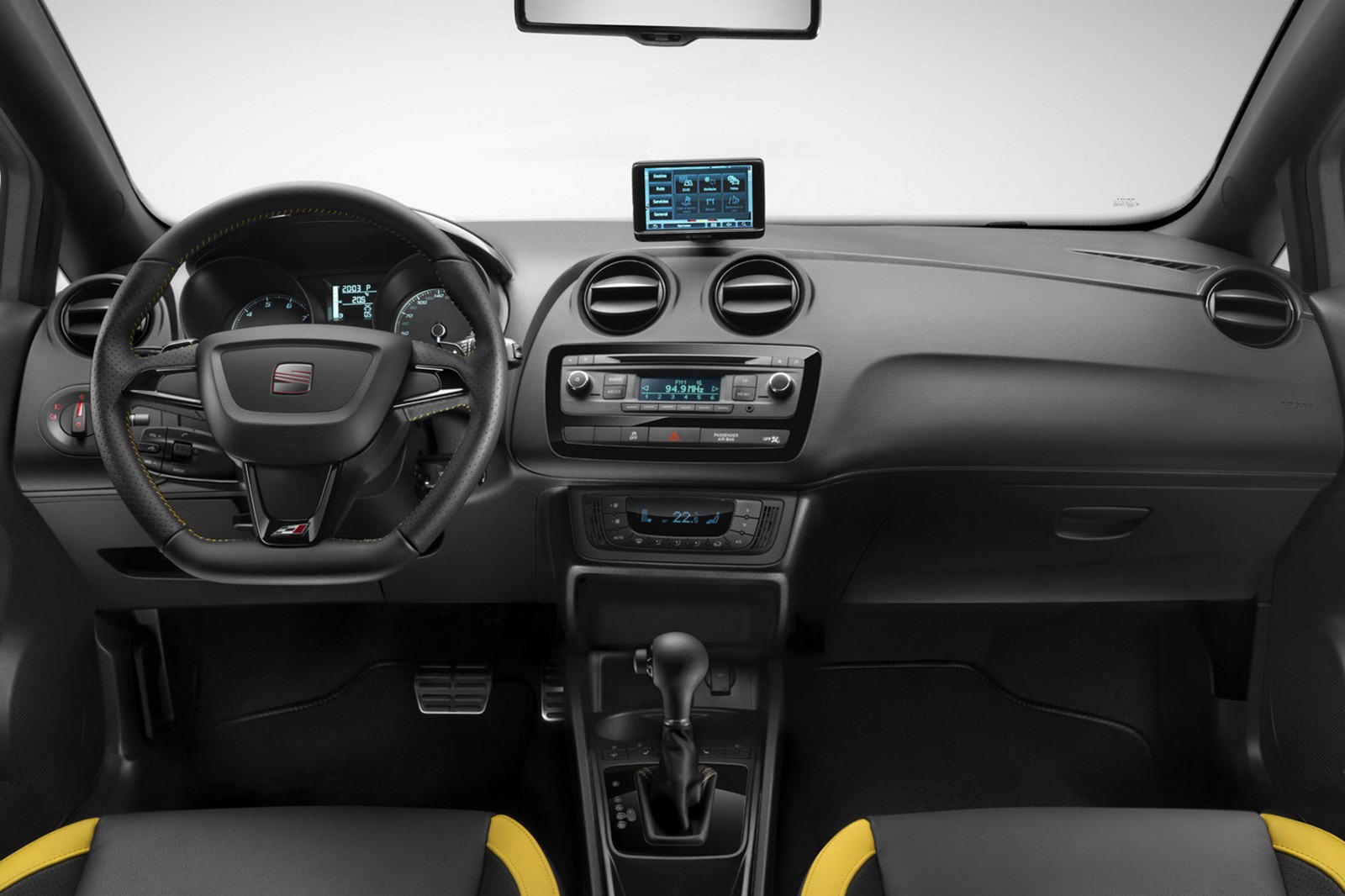 The angular look, the new prices which are estimated to be even lower than on previous versions and the refinement levels of the interior are at an all time high.

Under the bonnet, the Seat Ibiza Cupra’s facelift gets a 1.4 liter four cylinder engine which features the lovable twincharger technology of forced induction.

The 180 horsepower little engine is teamed to a seven speed dual clutch DSG automatic gearbox which relays the power to the front wheels through an XDS electronic differential lock. 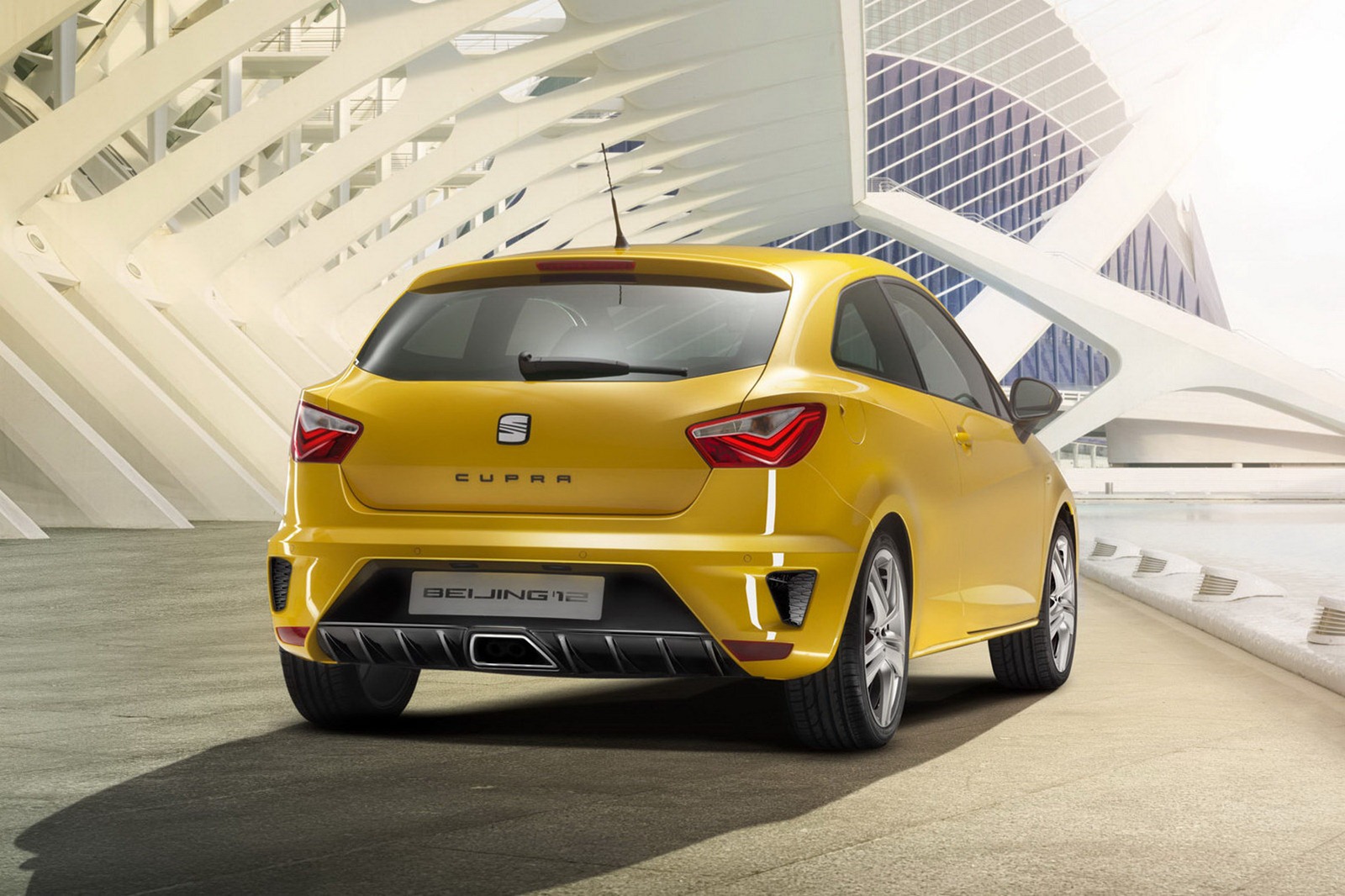 It’s therefore capable to get from 0 to 62 mph in as little as 7.5 seconds and the top speed figure stands at 140 mph. Not as quick as the Leon but you wouldn’t call it slow would you?