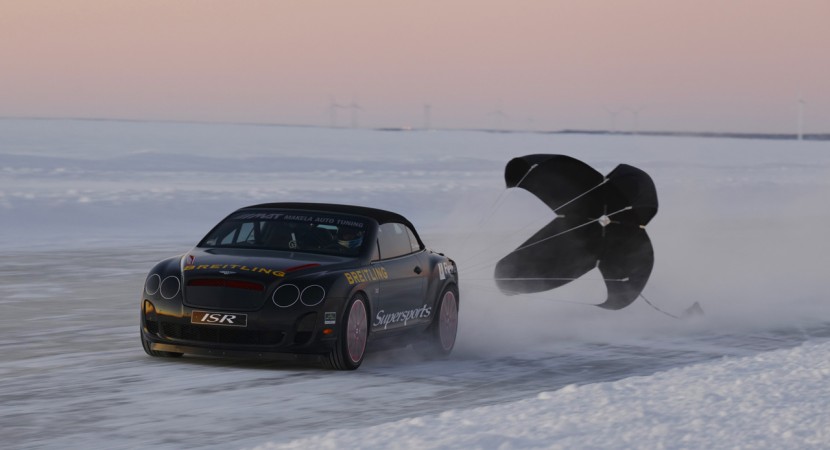 Bentley don’t seem to be having enough with bringing a new car to the Geneva Motor Show or some leather accessories because they’ve just announced another gem they’ll be showing off next month. 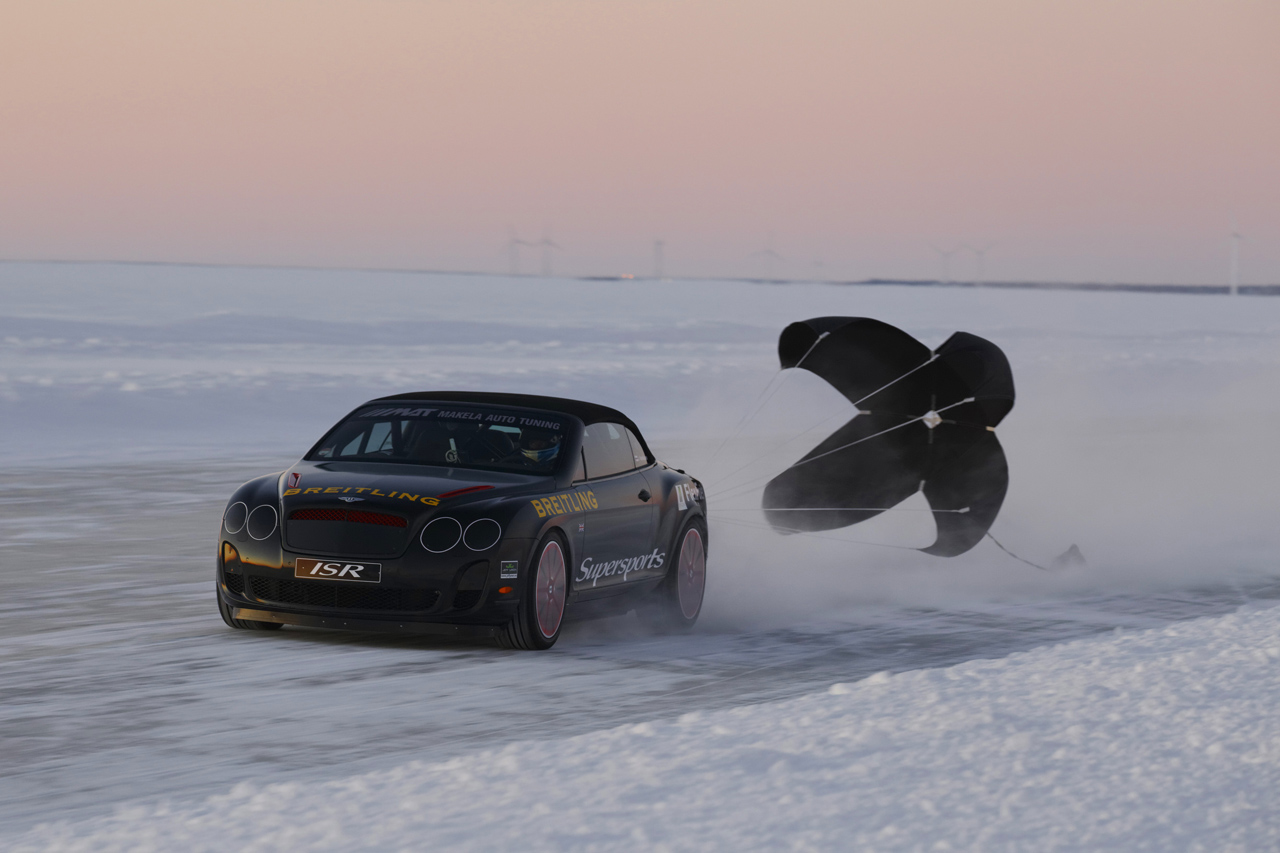 In record breaking form, the Continental Supersports convertible did receive a few changes such as losing the headlights and a bit more power but it’s still easily recognizable as something you may see on the street.

The magnificent engine in the Bentley Continental Supersports convertible’s standard version did however receive a bit of a tune up. That’s how that 6.0 liter W12 twin-turbocharged colossus got to developing 631 horsepower and 590 lb-ft of torque. And you can see it using all of that oomph in taking the record in the video we have of it here with Juha Kankkunen behind the wheel.

Oh, almost forgot, apart from the changes to the headlights and engine the ice speed record breaking Bentley Continental Supersports convertible also had a parachute system fitted to it. Apparently that was needed to get the car from 205 mph to a halt, or something.

The best thing about it being in Geneva is that the British are saying that a variant which is as close to the record setting one as possible (it will have headlights) will be the new Bentley unveiled there. 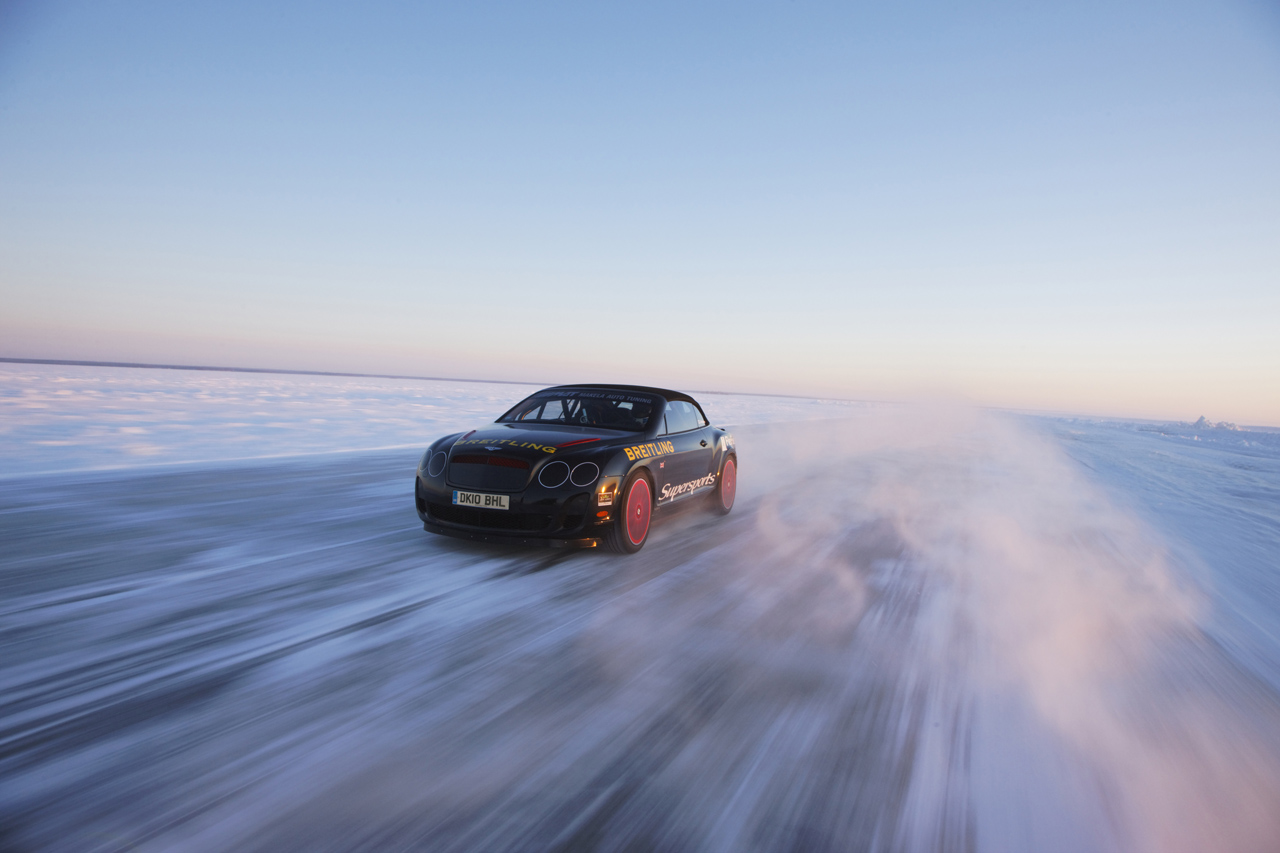 Set to be called the Bentley Continental Supersports Ice-Speed Record Convertible (catchy right?) it will be available as a special edition in three unique paint color options: Beluga, Quartzite and Arctic White (get it?).