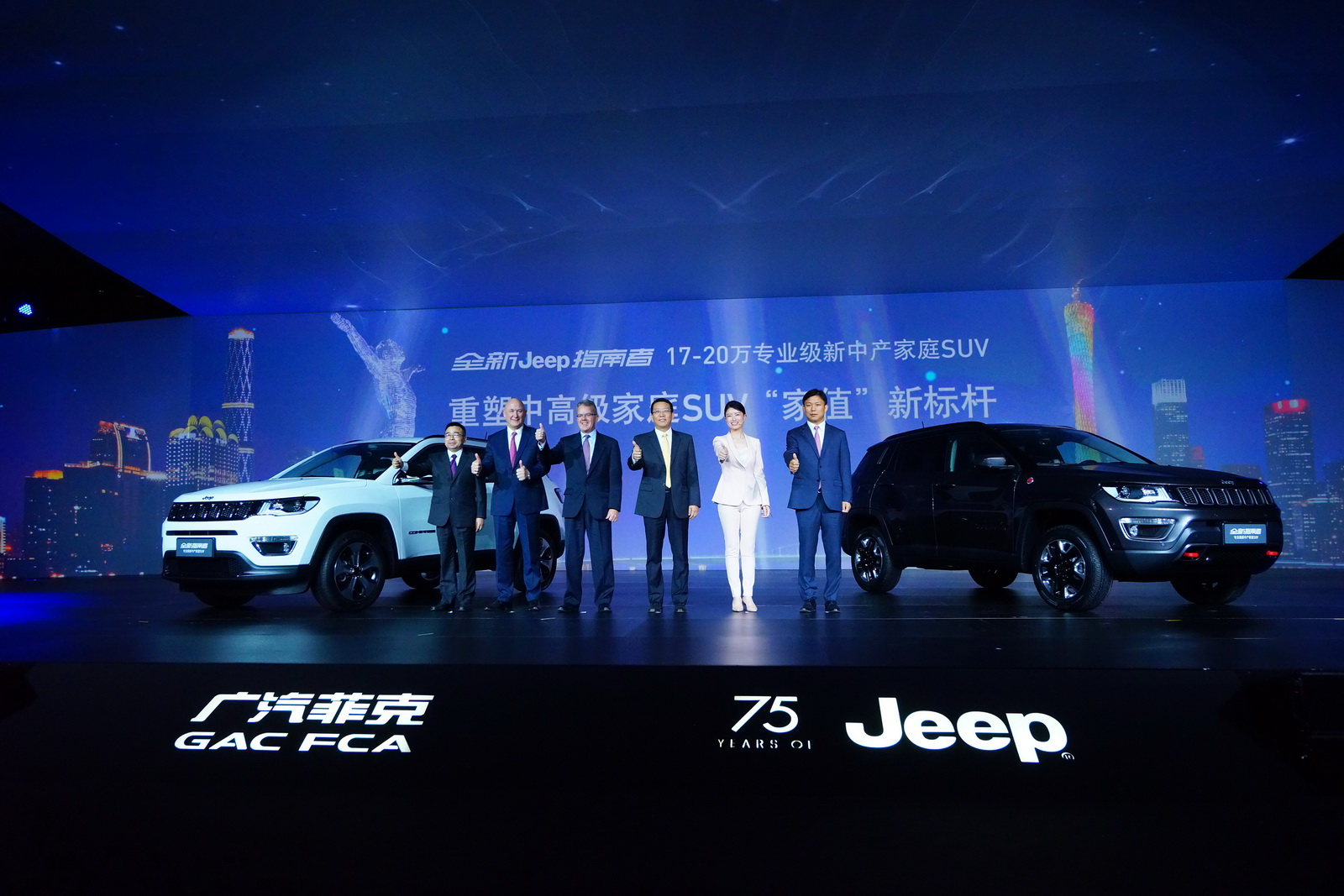 At the moment, there are two auto shows opened for public – one in Los Angeles, with many carmakers revealing their latest concepts, and the other one in Guangzhou, which is currently presenting the models destined for the Chinese market alone.

Jeep is playing on both sides and has already offered the new Compass for a display in Los Angeles, while the less expensive China-based version has been recently unveiled in Guangzhou.

Once arriving on the Chinese market next year, the Asian market will be available in four trim levels. Starting with the Longitude entry-level, available at RMB 170,000 ($24,800) and going all the way up to RMB 240,000 ($35,000) for the top of the line Trailhawk 4W. Each version comes with its own standard features.

In the engine department, the China-only Jeep Compass is equipped with two engines, like the 1.4-liter MultiAir2 turbo-charged engine, with 115 horsepower and 250 Nm of torque, as well as a 2.4-liter naturally aspirated TigerShark MultiAir2, with performance figures to be unveiled later one. However, it should be close to the US version, meaning 180 horsepower and 237 Nm of torque.

The engines will be hooked to a six-speed manual, six-speed automatic and a nine-speed automatic gearbox. GAG FCA, the local manufacturer of the new Jeep Compass, will reveal full prices and specifications towards the end of the year.