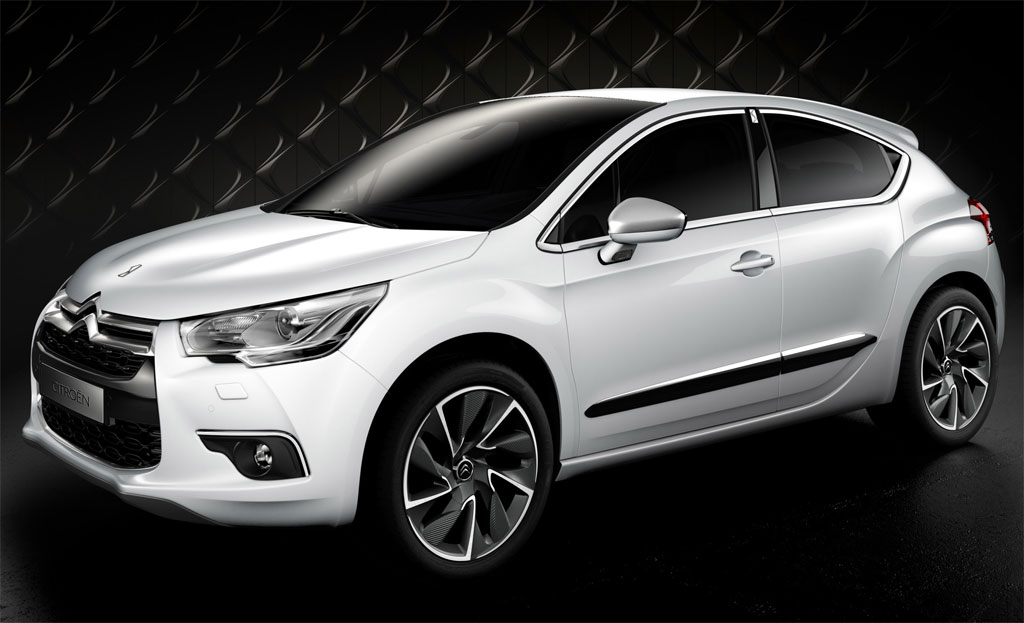 With the Goodwood Festival of Speed just around the corner, the French people from Citroen released the pricing alongside further details on the engine range and trim levels of the new DS4, a model aimed to compete with the C-Segment cars such as VW Golf, VW Scirocco, Honda Civic and Mini Countryman.

The new Citroen DS4 comes in the UK with a starting price of £18,150 and five different engine options (two diesel and three petrol units) developing from 110 to 200 horsepower. In terms of styling, Citroen comes with three trim levels, DSign, DStyle and DSport to be more precise, the pricing considerably climbing up with each new package.

For the beginning, if you are a diesel fan, you can choose the HDi engine able to deliver 110 horsepower, a more potent 160 horsepower version being available too. Moreover, Citroen offers an e-HDi 110 hp version which gets the micro-hybrid technology. With this setup and some help from a Stop & Start system, the French model obtains a fuel consumption improved by 15% and CO2 emissions of 114 g/km.

This unit is available exclusively with a six-speed EGS (Electronic Gearbox System) transmission and is priced from £19,445. The petrol engines lineup include three 1.6-liter units developed together with the Germans from BMW. There is a VTi engine producing 120 horsepower and to versions of the 1.6-liter THP unit offering 155 and 200 horsepower, respectively.

In terms of dimensions, the new Citroen DS4 measures 4,27m in length, 1,53m in height and 1,81m in width while it provides a boot capacity of 359 liters. As mentioned, the 120-horsepower VTi unit fitted with a manual gearbox starts at £18,150 while the most expensive version is the HDi 160-horsepower with a six-speed manual transmission at a price of £23,950.

Audi’s A1 goes extra efficient with a TDI 1.6L