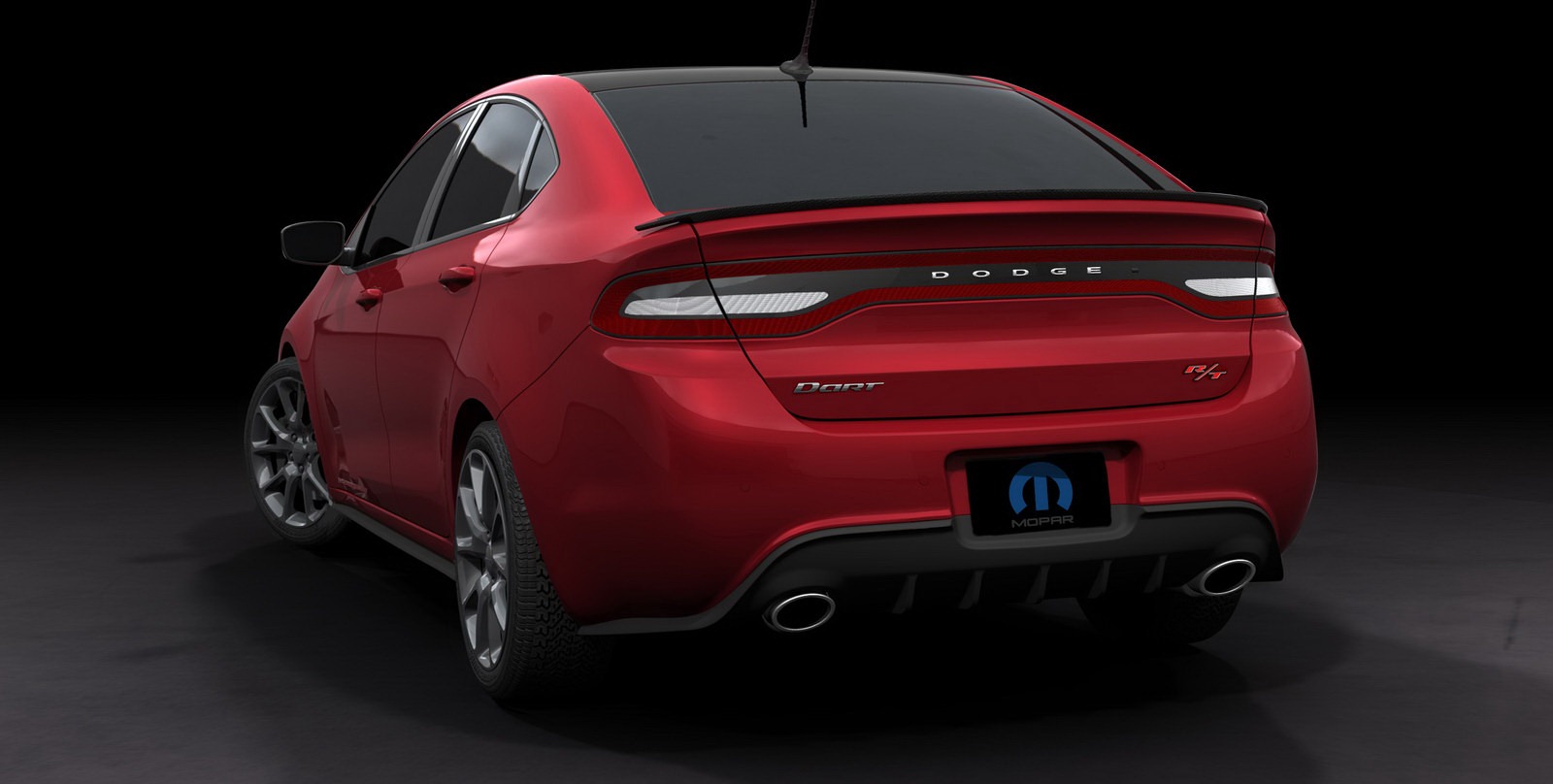 The 2012 Chicago Auto Show which opens its gates next month will be the place where Dodge will reveal no less than four special models in order to celebrate the 75th anniversary. The all-new Dodge Dart will receive the GTS 210 Tribute edition which will be available in two different variants. All these upgrades will be offered by Mopar.

The first one concerns the appearance of the American model adding a carbon fiber hood, new 18-inch forged alloy wheels but also matte black finish for the side sills, rear spoiler and front lip.

At the interior, the new Dodge Dart will benefit from Piano Black trim for the dashboard, a leather steering wheel with red stitching, new front seats with Ruby Red Katzkin leather and also black stitching.

We told you above that this tuning kit has two versions. If the first one takes care only about exterior and interior appearance, the second package concerns the performance. The Dodge Dart GTS 210 Tribute gets a series of improvements which increase the total output of the engine from 184 to 210 horsepower.

More details and photos will be available next month after the Chicago Auto Show begins.