Automotorblog: Daily news on cars and motorcycles Blog Ford Ford Announced The List of Models to be Presented at SEMA 2009
Ford 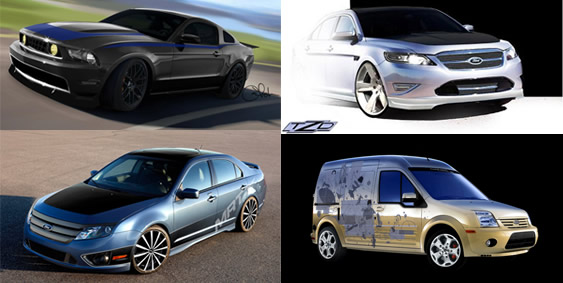 Ford will present this year at SEMA a large number of vehicles. In the presented list we find both modified models of tuners and the recognized models that belong to the new range. The machine will steal all eyes will certainly be the next generation of Ford Taurus.

Along with this model, on the stage will also find Ford Transit Connect, Ford Flex, Focus, and Edge, and modified versions of the Ford Mustang. Check this partial list of the Ford cars that will be present at SEMA 2009.

The new Audi A8 will have a 2.0 TDI biturbo engine

How to NOT park a BMW X5