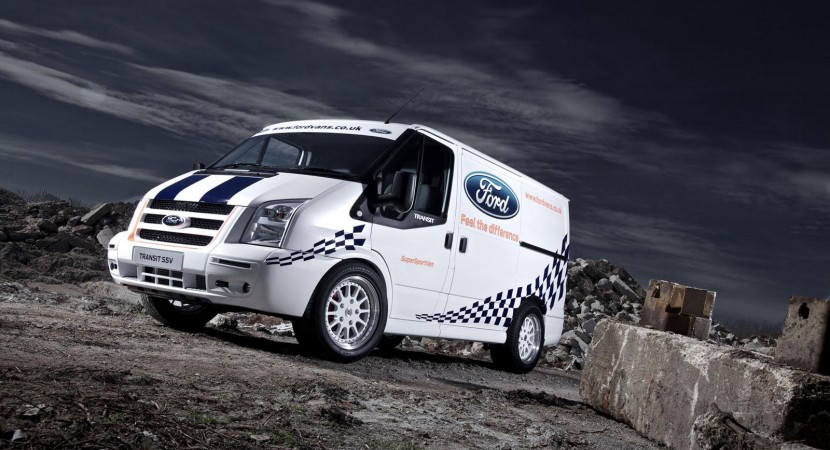 The Americans from Ford decided to release the first details on the new Transit SSV (SuperSportVan), a model based on the short wheelbase model but benefiting from the biggest diesel unit ever fitted on a Transit. Straight to the interesting details, the new Ford Transit SSV benefits from a 3.2-liter diesel that offers 197 horsepower and 470 Nm of torque. 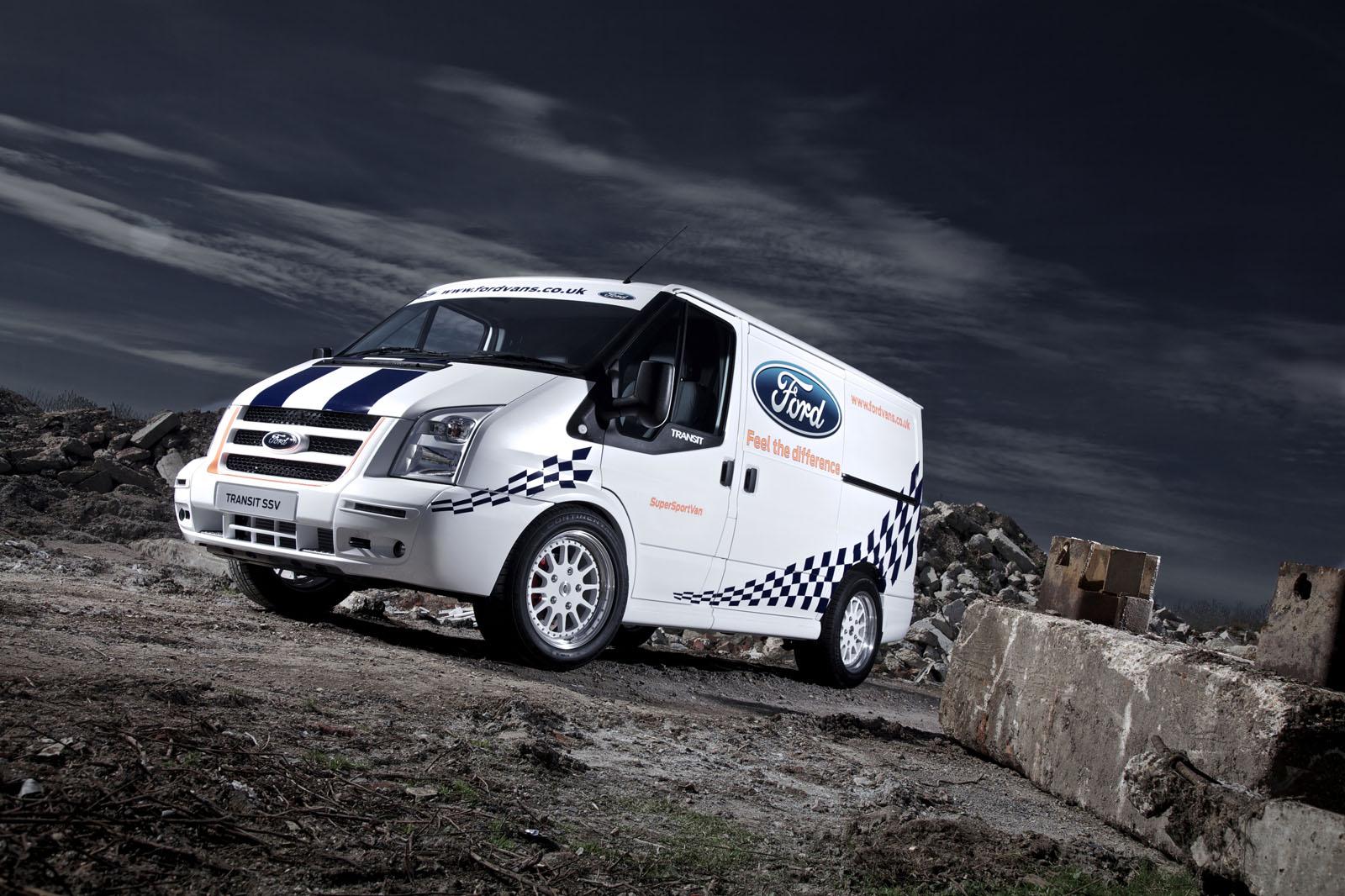 The five-cylinder engine that usually is found under the bonnet of some bigger models in the range comes together with a six-speed gearbox.

In terms of aesthetics, the American van a white finish with “Le Mans” stripes on the bonnet, side skirts, front and rear spoilers, a set of alloy rims with 235/45 tires and a dual-pipe exhaust system. To complete the exterior appearance, a pair of LED daytime running lights are available alongside auto headlights, rain-sensing wipers and fog lights. 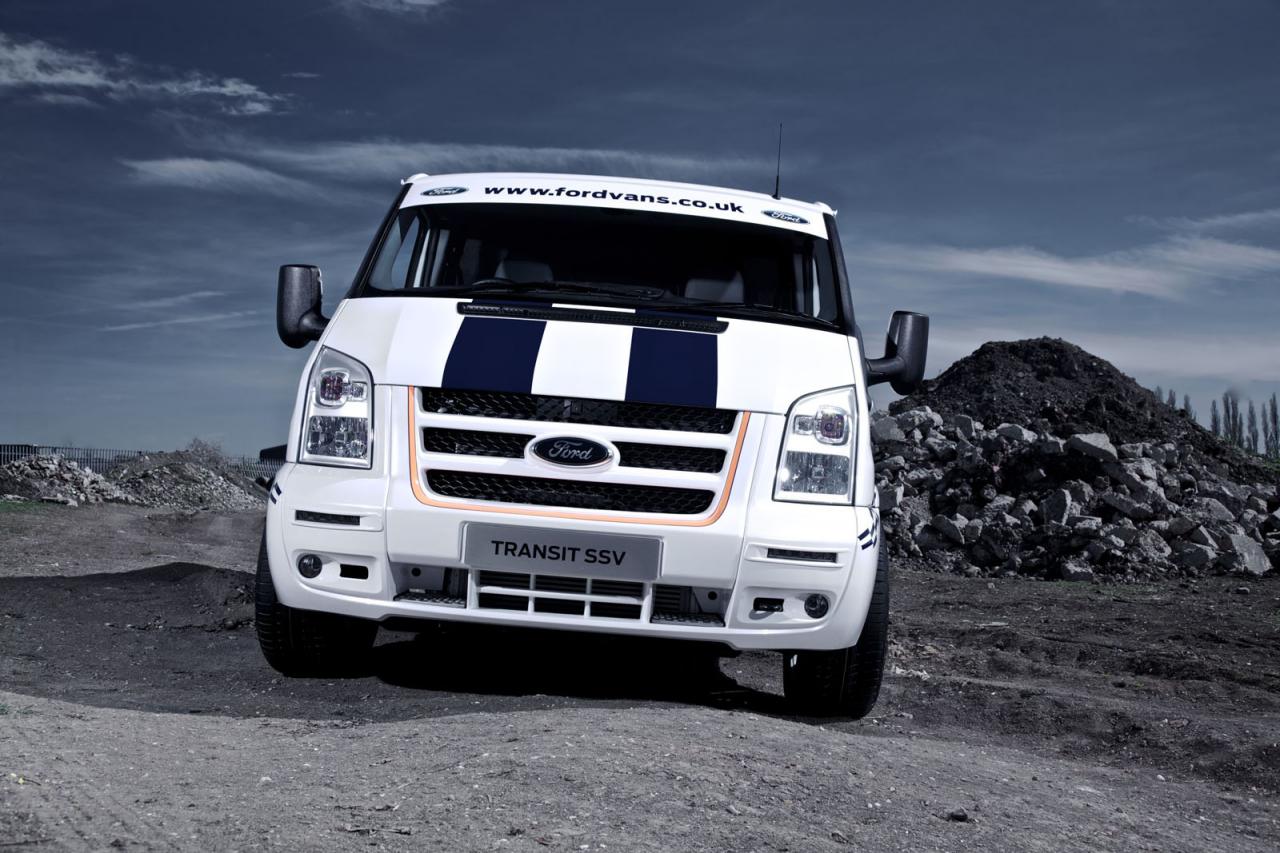 Inside, the new Transit SSV offers leather upholstery, a Satellite Navigation system and LED lights. Safety systems such as ABS and ESP are available together with a pair of airbags for increased safety. More details to come after the official debut at the Commercial Vehicle Show in Birmingham. 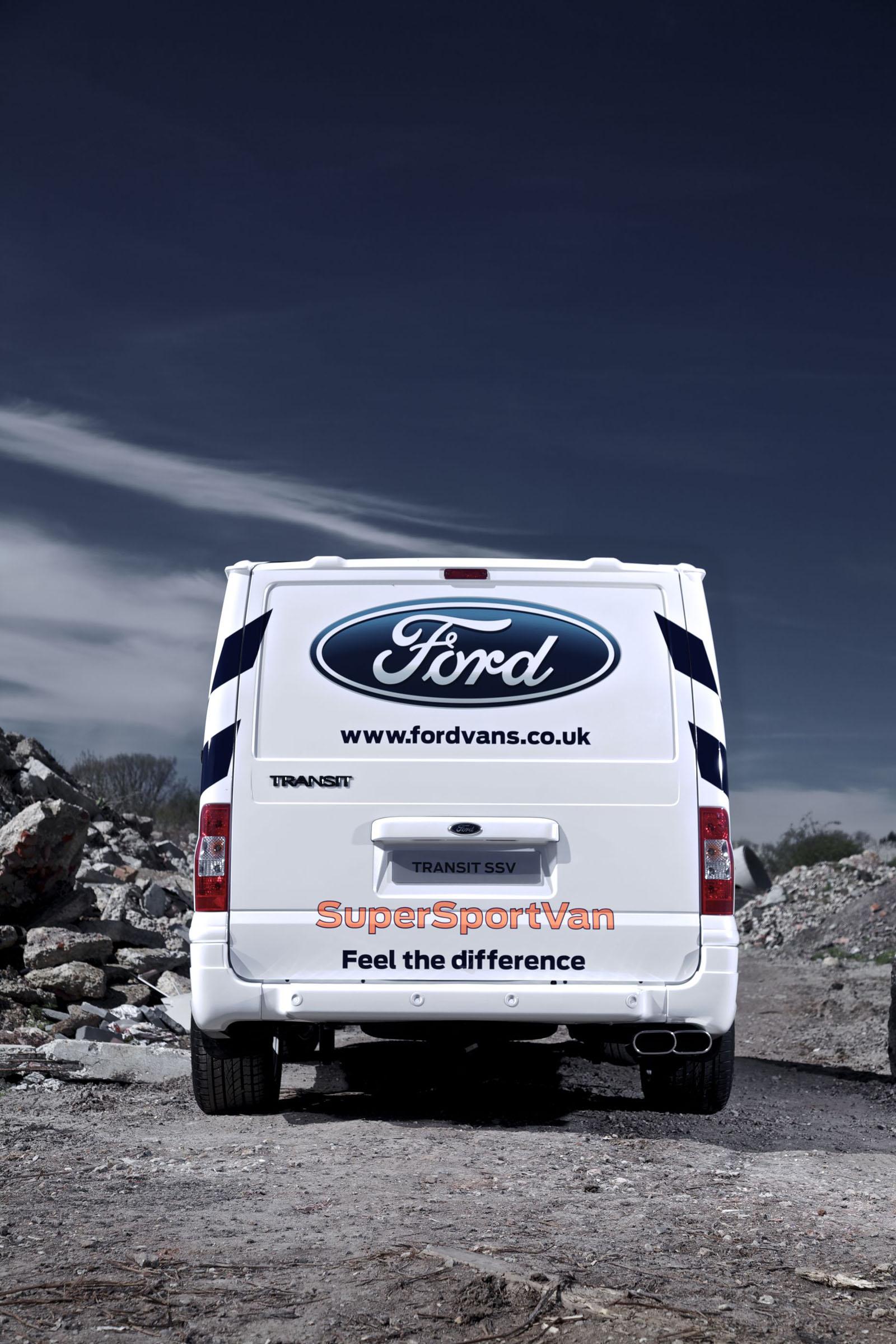