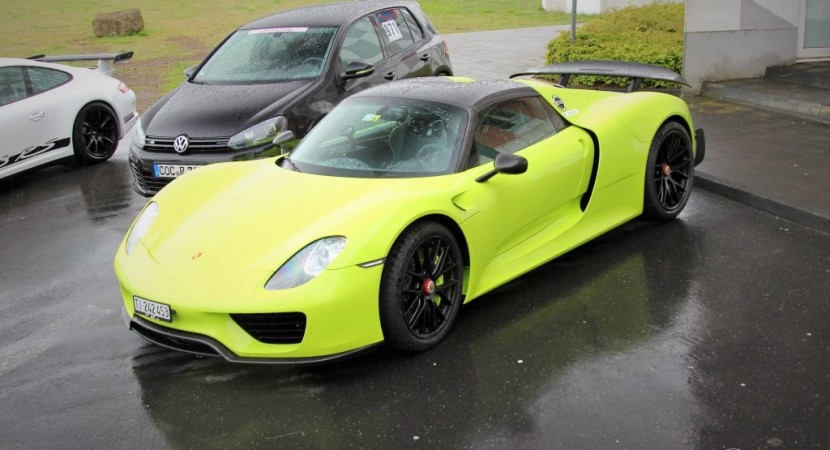 Porsche 918 Spyder, the most powerful road-legal supercar in the world, has been seen at Nurburgring wearing a splendid Lime Green exterior paintjob and being fitted with the Weissach Package. The sportscar has been brought on the Ring, along with some other hot models.

As a reminder, the Porsche 918 Spyder supercar was officially launched at the 2013 Frankfurt Motor Show, the model being sold in 918 units. The model seen here is one of the hundreth models being sold out in Germany. 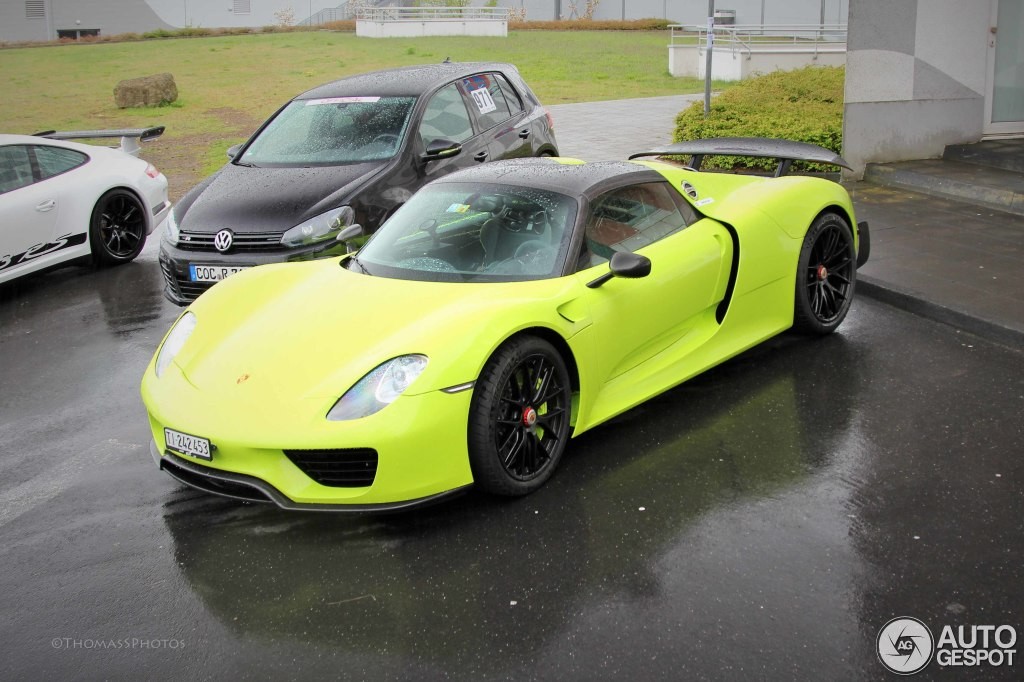 The Porsche 918 Spyder is the automaker`s first hybrid and the fastest vehicle, as it comes equipped with a 4.6-liter V8 unit, developing 608 horsepower. 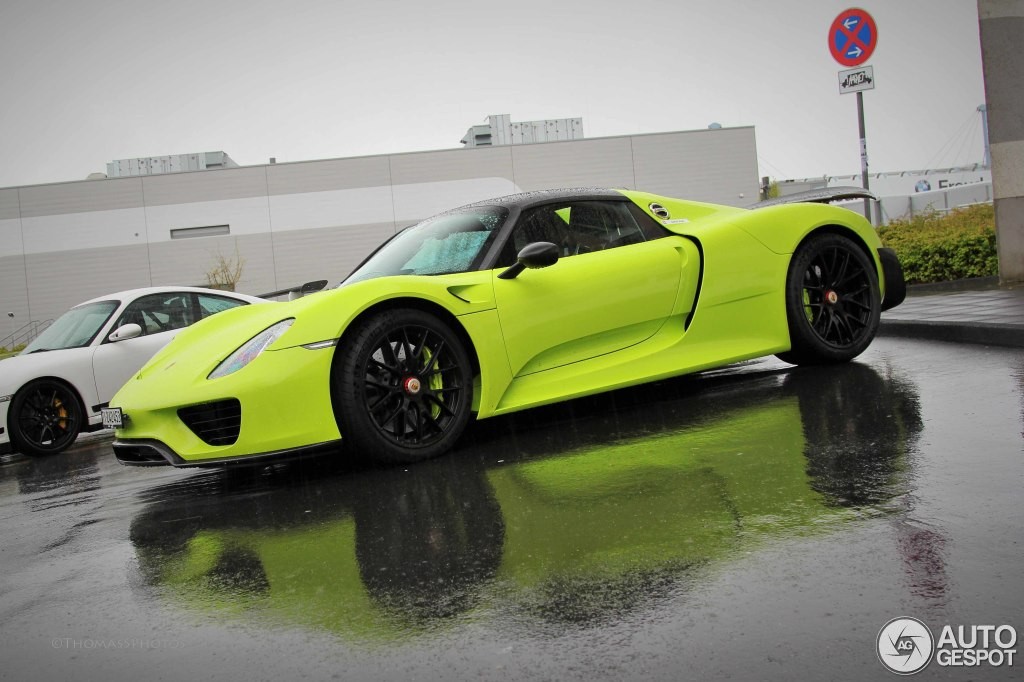 The Porsche 918 Spyder`s massive power is backed by two electric motors which adds another 279 horses. This means that the hybrid is now standing at a whopping 887 horsepower and impressive 1,275 Nm of torque.The full throttle allows the 918 Spyder hybrid supercar reach the 0 to 100 km/h sprint in just 2.6 seconds, the model also coming with a top speed of 345 km/h. 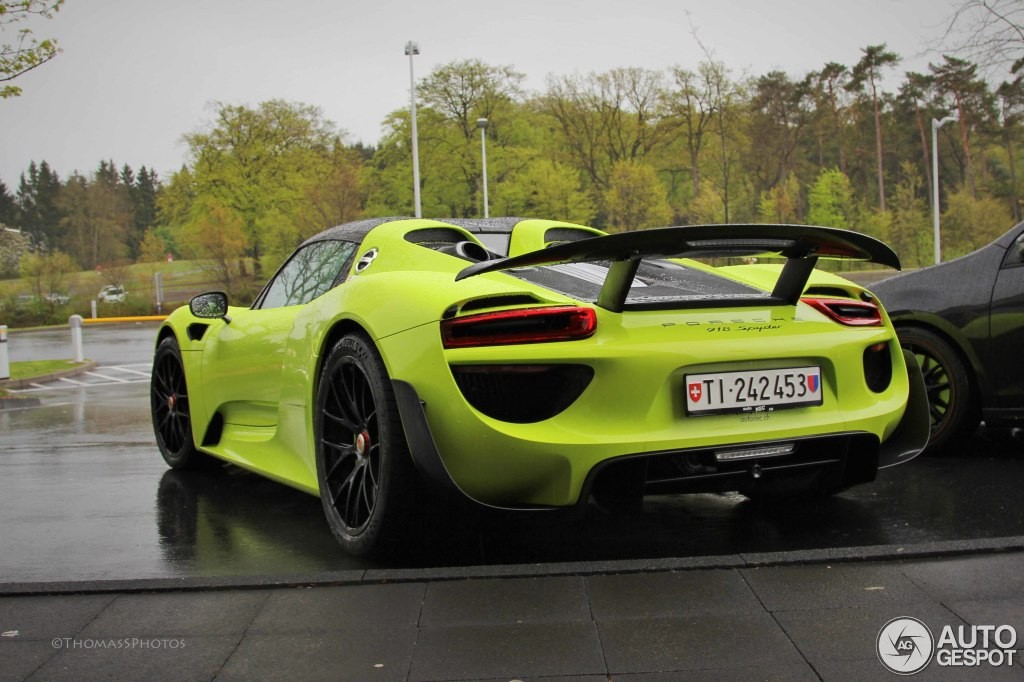 The power is also given by the car`s weight reduction, the model weighing just 1,640 kg wit the Weissach package, which is pretty impressive, as opposed to the stock 1,700 kg. 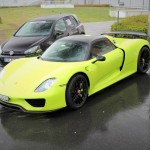 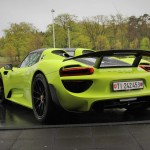 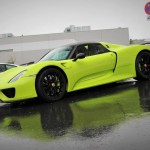 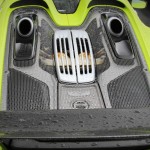 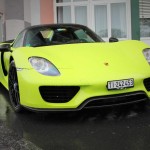 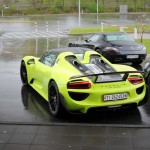