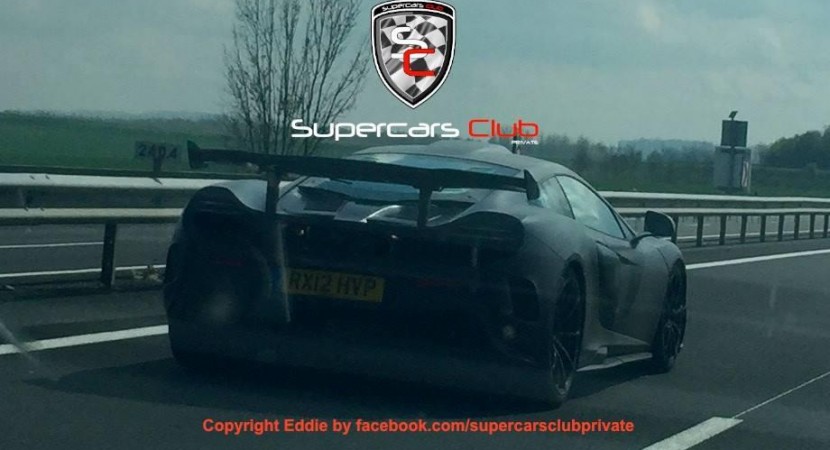 Following a series of rumors according to which McLaren is preparing a hardcore version of the 675LT model, a spy photo with the version has recently popped-up on the web. This means that the British carmaker might be indeed preparing a track-oriented 675LT.

The spy photo was taken in France on the A26 motorway on the way to Reims, and showcases an extremely aggressive and much lighter body style of what seems to be a powerful version of the 675LT.

More than that, we might be looking here at a new 675LT version specially created by McLaren Special Operations which is currently preparing a “customer commissioning based on the Super Series platform”.

The details list is rather scarce at the moment, but if the MSO is indeed preparing a more powerful 675LT, then it might come with the same body style as this one seen here, the spy photo depicting a massive rear fixed rear wing along with a roof scoop as well as an aggressive black body wrap, which might indeed foresee a track-oriented version.

The all-new McLaren 675LT hardcore would also be lighter than the current supercar and would come with a higher power than the standard 675 horsepower. All-together, weighing less and being more powerful, the hardcore 675LT would also come with a sprint from 0 to 100 km/h in just 2.9 seconds, at a topping of 350 km/h. We will be able to find out more details in the upcoming period.