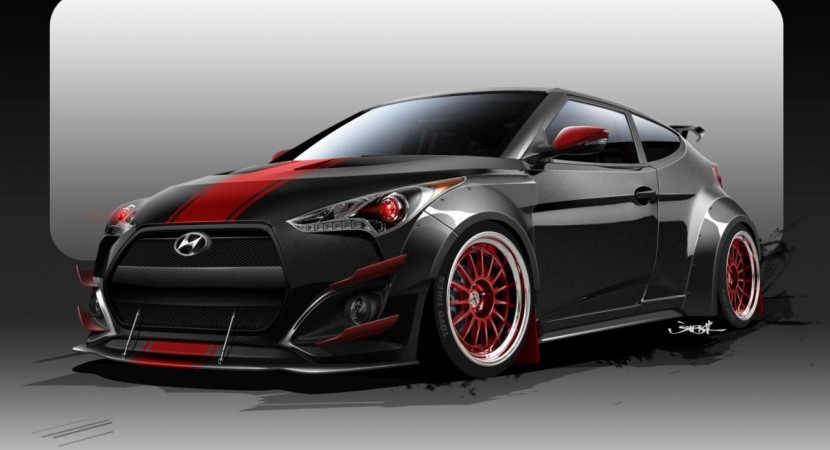 Hyundai released first details on their special Veloster Turbo, a model that will be seen in premiere at the upcoming SEMA Show.

The South Korean company worked together with Blood Type Racing in order to build this high-performance model. Under the hood we find a 1.6-liter capable to deliver no less than 500 horsepower.

Squeezing so much power from such a small engine is quite impressive. The long list of upgrades include a new intake manifold, a Garrett turbocharger, a sports exhaust system and a new intercooler.

Last but not least, the company opted for a methanol/water injection system, so you imagine how much work has been put for this model. At the exterior, Hyundai opted for a carbon fiber kit complemented by 19-inch SSR Professor TF1 wheels with Toyo tires, new headlights and a rear wing. Inside, the Hyundai Veloster Turbo gets a Sabelt steering wheel, a roll cage, four-point harnesses and new Sabelt seats.