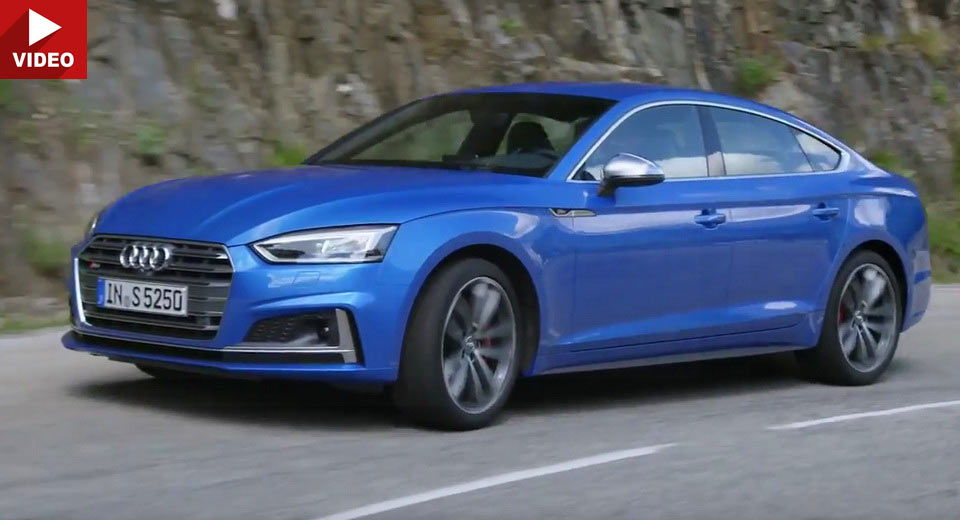 Audi German carmaker is rolling out model after model, which are designed to offer comfort and the perfect stance while being driven. Not to mention their extremely impressive performance and technology inside.

The latest models to follow Audi`s imposing philosophy are the 2017 Audi A5 and Audi S5 Sportback, recently highlighted in the first videos, shortly after their unveiling a couple of hours ago.

Surely, we will get the chance and the pleasure of seeing both models at the 2016 Paris Motor Show, where they will be officially unveiled, but until then, it`s fun seeing them on action.

The S5 is set to be more powerful than the “gentle” A5 Coupe, but its greatness will fade away after the hardcore RS will have made its appearance on the market. Even so, the model is extraordinary in every way.

The A5 coupe was already previewed so our eyes are on the 2017 Audi S5 Sportback, the model coming with a wide array of engines, including a 2.0-liter TFSI petrol flat-four engine with three power configurations – 167 HP, 187 HP and 248 HP, respectively – followed by a 2.0-liter diesel with the “Normal” and “Ultra” configuration, as well as a 3.0-liter TDI with 281 horsepower and 620 Nm of torque. Later on, a 3.0-liter TFSI will also added.

All engines will come with front – and all-wheel drive configurations, with three transmissions – a six speed manual, seven-speed DSG as well as an eight-speed Tiptronic automatic.

Without no further ado, please enjoy the videos with both models and tell us what you think about their design, technology and performance!