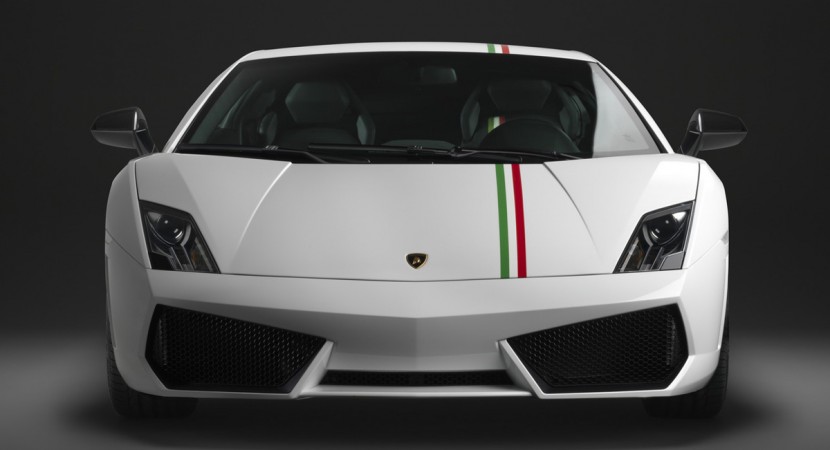 Lamborghini decided to create a new special edition, called Tricolore, a limited series which will be available for Gallardo and comes to celebrate 150 years of Italian unification. Lamborghini wants to commemorate this event in their way by revealing a special edition of Gallardo. Currently we don’t know if there will be any improvements under the bonnet but all the important details will be revealed somewhere next week at the Esperienza Italia 150 event which will be held in Turin, northern Italy on March 16.

On the other hand, the Sant’Agata Bolognese supercar gets at the exterior a white paint job together with the Italy flag placed on the bonnet, roof and trunk but also inside on the seats. The Italians also made some minor tweaks at the exterior, revised tinted optical blocks and air vents being fitted.

Unfortunately, these are all the major details on the new Lamborghini Gallardo Tricolore edition but we know that extra information will be available on March 16, when the Italians decided to reveal the new special edition the the public.