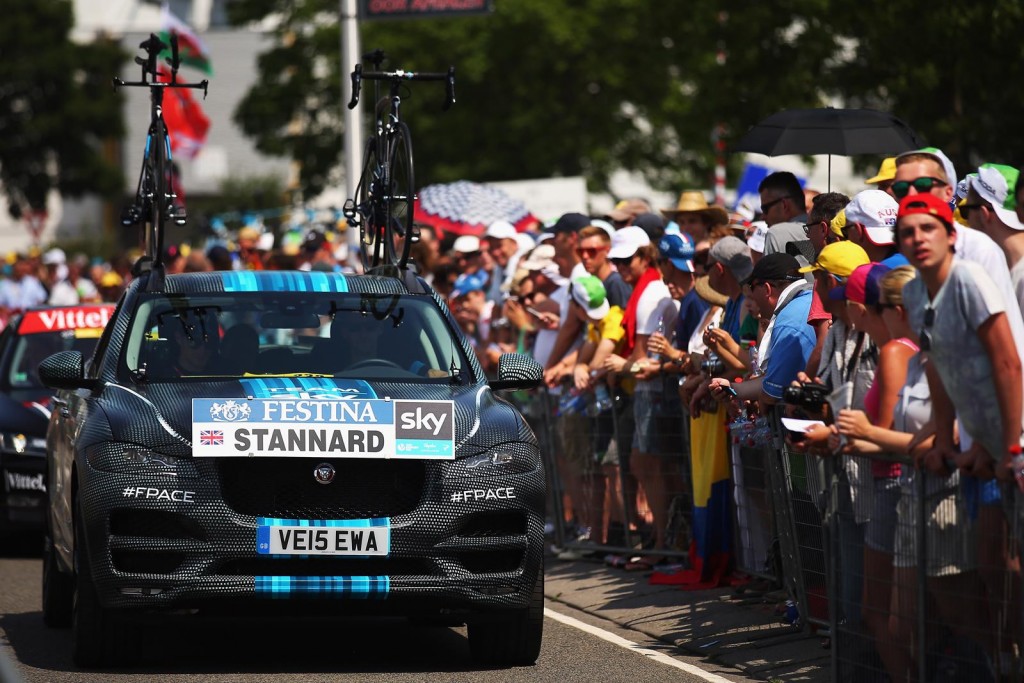 The Jaguar F-Pace prototype is back in our news again, the model being present at the first stage of the 2015 Tour de France. The gorgeous SUV is backing up the biking Team Sky, supporting Ian Stannard, Luke Rowe, Chris Froome, Peter Kennaugh and Leopold Konig in Netherlands, on a 13.7 km route.

Carsten Jeppesen, the CEO at Technical Operations & Commercial, stated that the entire atmosphere surrounding Utrecht was absolutely fantastic, as the Netherlands has a great passion for cycling, especially with the F-Pace Prototype being present at the event.

“The appearance of Jaguar’s F-PACE prototype definitely added to the hype today – you could see it made a big impact with the crowds.”

The Jaguar F-Pace prototype will be also specifically fit with the team`s biking equipment, such as additional spares for the bikes, tools and will also bring along a doctor, mechanic and other members from Team Sky.

Little it is known about the upcoming Jaguar F-Pace which will debut at the 2015 Frankfurt Motor Show, this September, but rumors state that the new SUV will be unveiled ahead the event. Meanwhile, enjoy another interesting video with the Jaguar F-Pace Prototype at the 2015 Tour de France!

Seat Alhambra gets a facelift treatment