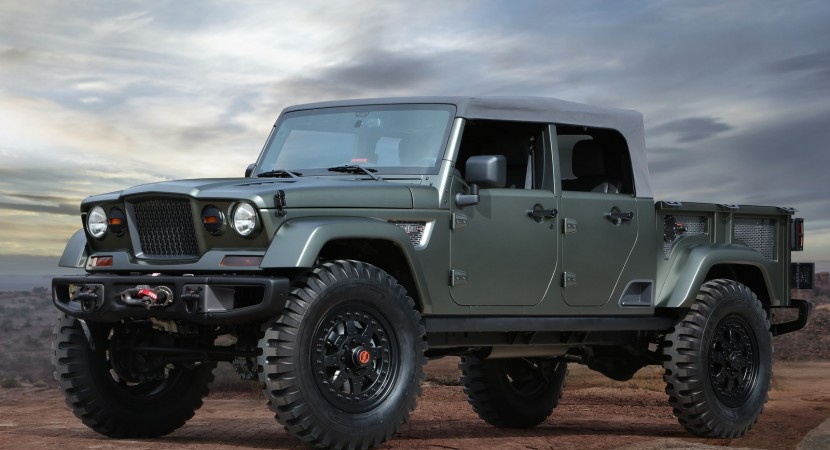 The North American based Jeep carmaker released the other day their Crew Chief pickup truck concept, which will lead the way for the company`s first pickup truck.

The Jeep Crew Chief Concept is based on the Wrangler Unlimited military vehicle and is previewing the upcoming pickup.

It comes with a retro-inspired front fascia, rock rails on the truck, winch, a 4-inch lift kit, Dana 60 axles, as well as the 20-inch beadlock, alloy wheels with 40-inch NDT military rubbers.

Mark Allen, Head of Design at Jeep, has recently stated in an interview with Outside that the Crew Chief Concept “hints about what`s going on behind the scenes. There may be things you see on the Crew Chief that you might see on that truck.”

As aforementioned, this is the company`s first project as a pickup truck, with inspiration taken from the Wrangler Unlimited, meaning that the production model will come with a crew cab styling.

Surely, the same Allen said that the production model would come with serious modification as opposed to the concept`s design, like the stamped tailgate which will be dropped on the future series pickup. More details will be revealed somewhere towards the end of the year. 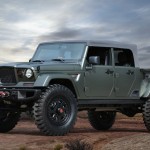 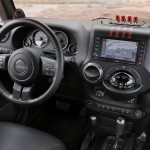 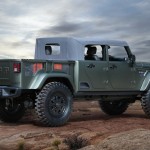