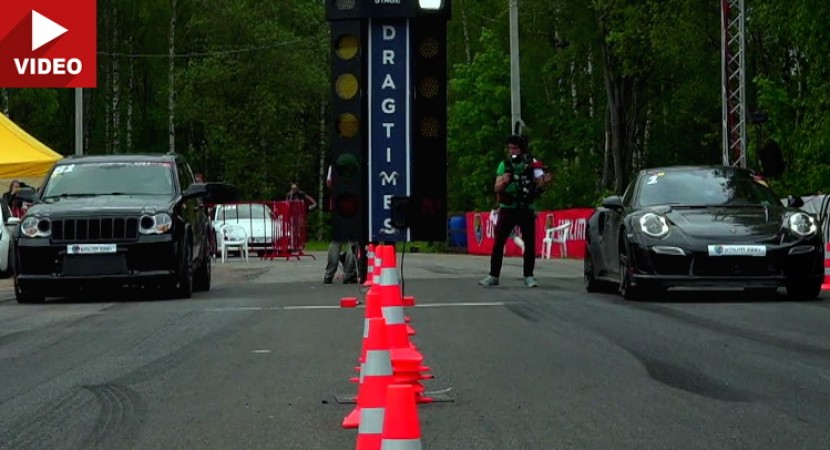 What would you choose for a straight line racing? A Jeep Grand Cherokee SRT 8 SUV or a Porsche 911 Turbo? Well, it depends on everyone`s fine taste, but there is catch in all these: each car is heavily modified, and even if the odds do not favor the Porsche 911 Turbo, at least in the performance department, I can bet it would eventually wing the racing. But the video below reveals the real winner.

But let`s talk about the power boost each one is coming with. From the beginning, the Jeep Grand Cherokee SRT8 has a significant advantage over the Porsche 911 Turbo S. We are dealing here with a massive 1,200 horsepower as opposed to the Porsche`s 560 horsepower. 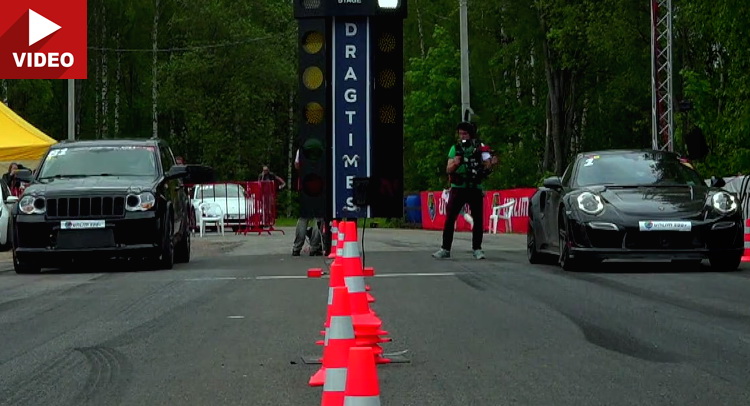 But I don`t think that a power boost is a must for winning a racing, as it takes more in terms of body weight. The Porsche 911 Turbo S weighs around 1.6 tons, compared to the Cherokee`s 2,1 tons. And the figures keep on going.

Almost every figure favors the Jeep Grand Cherokee SRT8, but let`s not forget that the weight deficit might be to large for the SRT8, so which one do you think it will win the drag race?