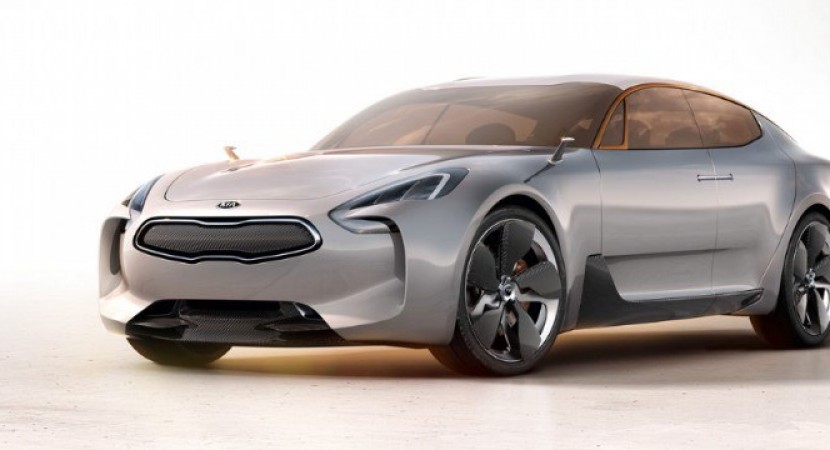 Finally caving in to peer pressure, the Koreans at Kia have given us a full set of images on what’s to be their star attraction at the Frankfurt Motor Show.

It’s a four door sports sedan that’s claims to have more of a sporty allure than one would normally imagine, at least that’s what the newly assigned Kia name tells us.

Unlike previously rumored and reported, this new Kia concept is called the GT, short for Grand Tourer, so the car is already off to a good start.

Though there’s little detail to back it up, the Kia GT Concept and a possible production version of it are off to a great start actually.

Apart from the glorious looking design and interior finish, Kia festooned the GT Concept with rear wheel drive and an engine that’s so powerful it may just be enough.

As it happens, the grunt comes from a 3.3 liter turbocharged V6 that pushes out a shocking 400 horsepower and somewhere close to 400 lb-ft of torque.

The Kia GT Concept will be using an 8 speed automatic transmission to channel power in between these two key aspects of the car’s performance .

If you’re interested in finding out some more about the Kia GT Concept, (who could blame you?) you’ll have to wait it out for another few days while the 2011 Frankfurt Motor Show gets itself into gear.