Kia Motors Corporation reports that 2010 was a good year for the South Korean manufacturer as they managed to sell more than 2 million vehicles worldwide. Comparing to 2009, Kia faced an increase in sales of 26,5% with exactly 2,089,355 units sold last year. 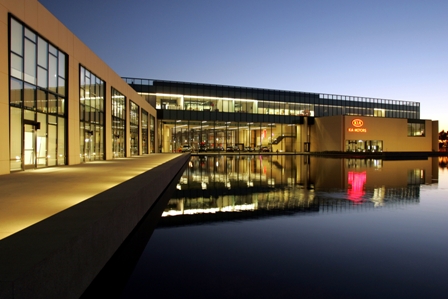 Kia Cerato proved to be the best selling model with 403,303 units sold worldwide followed by Kia Sportage and Kia Rio managing to sell about 200,000 units each. Talking about the most profitable markets where Kia imposed we can note four big automotive markets.

Namely, we talk about Europe, Korea, China and North America, everyone of this markets coming with a notable increase from 17% to even 47%. This year the South Koreans from Kia managed to sell more than 2 million units in a single year, the first time achieving this record. For the current year Kia plans to increase their sales even more and in the next couple of years hoping to reach 3 million units sold worldwide.