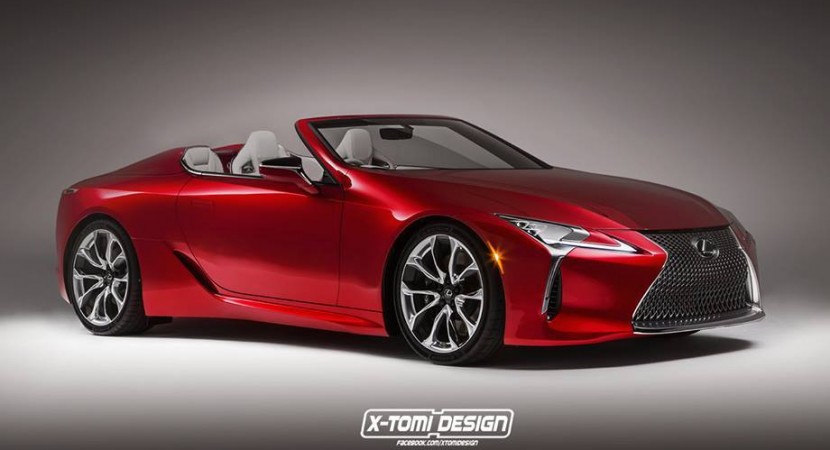 As expected, X-Tomi Design couldn’t stay away and had to take on one of the most extraordinary and exquisite models recently displayed at the 2016 NAIAS, which is no other than the hot Lexus LC 500, rendered here in a cabrio body style.

At a closer look, the model seems quite nice, but not as realistic as a future cabrio version of the LC 500. Surely, the rendering keeps the car`s general proportions and design cues, except for the rear sear area, which might look a little be too much and exaggerated.

Apart that, it is a fun rendering and might be used as a sketch for a future Lexus LC 500 Cabrio. Who knows? Perhaps people would enjoy it and we might see one in the near future.

On the other hand, the Lexus LC 500 was well received at the 2016 NAIAS, the hot coupe coming with an extremely aggressive design and sheer power under the hood. Akio Toyoda, Chief Branding Officer and Master Driver for Lexus also stated that the LC 500 reflects the company`s as well as his own personality.

Under the hood, the Lexus LC 500 packs the same 5.0-liter V8 unit, also found on the RC F and GS F, developing a good 467 horsepower and 389 lb-ft of torque, hooked to the carmaker`s newest ten-speed automatic transmission.