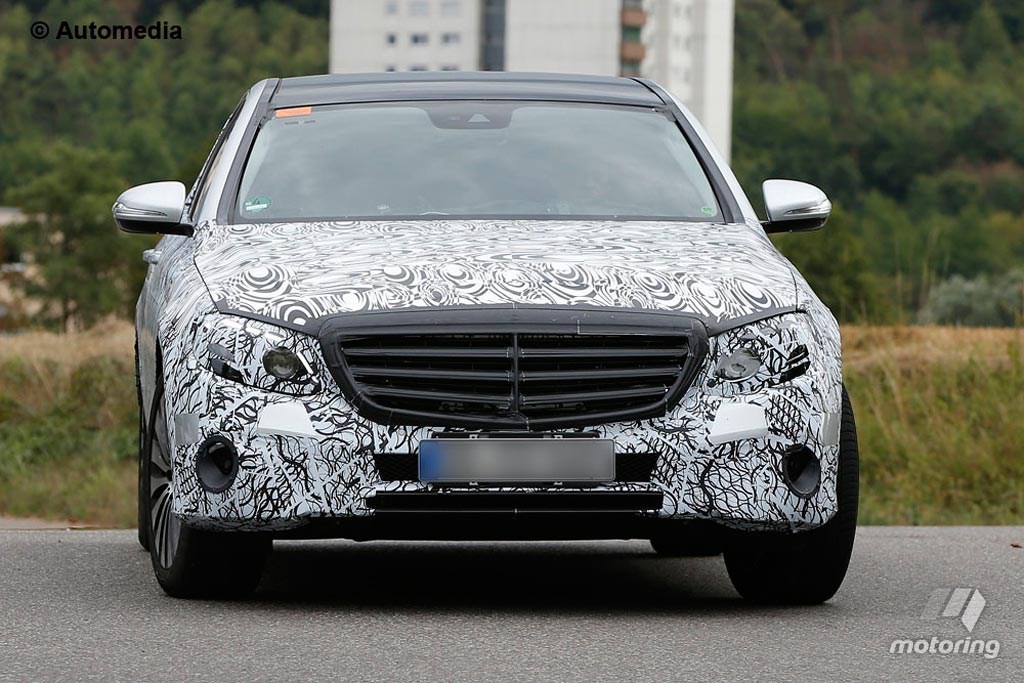 Following the official debut of the Mercedes-Maybach S600 Pullman at the 2015 Geneva Motor Show, last March, the German based carmaker is ready to tackle the market with yet another Maybach model, that would revive the entire fleet.

We are talking about some spy shots provided by Motoring via Automedia online magazine, which is showcasing a long-wheelbase E-Class with body parts that indicates a future Maybach E-Class.

The test mule with the future Mercedes-Maybach E-Class with share the basic elements with the classic Maybach, except the fact that it would be longer, thanks to the extended B-pillar back. In case it would pass the tests, we should see it at the 2016 Detroit Motor Show, next January.

On the engine department, we are not sure if Mercedes-Benz will use bigger and much more powerful powertrains, that would suit the needs of the long-wheelbase Maybach E-Sedan. Instead, we might guess the same ones used on other models, like the 3.0-liter turbo-six, with 330 horsepower and 480 nm of torque, or the higher 5.5-liter V8, found on the AMG lineup, with 576 horsepower and 800 Nm of torque.

The dice have been thrown, it all depends on Mercedes when it will release further details and info with the upcoming Mercedes-Maybach E-Class.