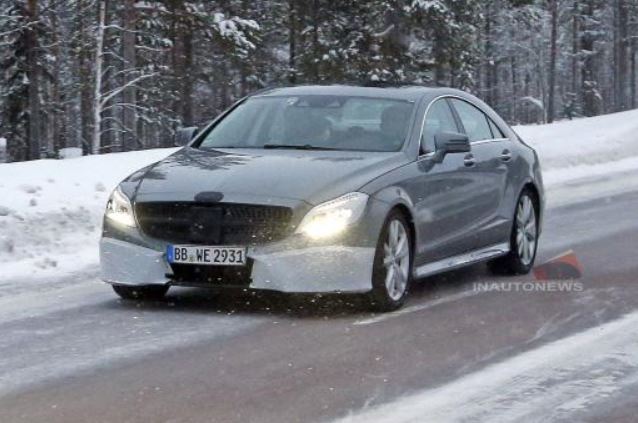 Mercedes-Benz CLS will make its facelifted unveil to the public on the 23rd of June, before being launched on the market in September.

The CLS class was caught in spy shots just a few weeks ago and now the facelifted was seen again on the roads, with fresh news about the car`s launch.

As seen in the shot, the Mercedes-Benz updated CLS will come with some tweaks like more dynamic adaptive LED headlights and high-tech enhancements.

More than that, the 2015 Mercedes-Benz CLS will have a similar look like the fresh lineup which is also awaiting its public debut, such as the new C-Class, the S-Class, the updated E-Class, the A-Class or the new CLA.

The model also comes with new bumpers both at the front and also at the rear of the car, plus other minor changes.

Inside, the facelifted Mercedes-Benz CLS would sport a new steering, a larger display for its COMAND and much more.

As for the power under the hood, we might be talking about the same 5.5-liter twin turbo V8 unit taken from the present model, developing 585 horsepower and 800 Nm of torque.