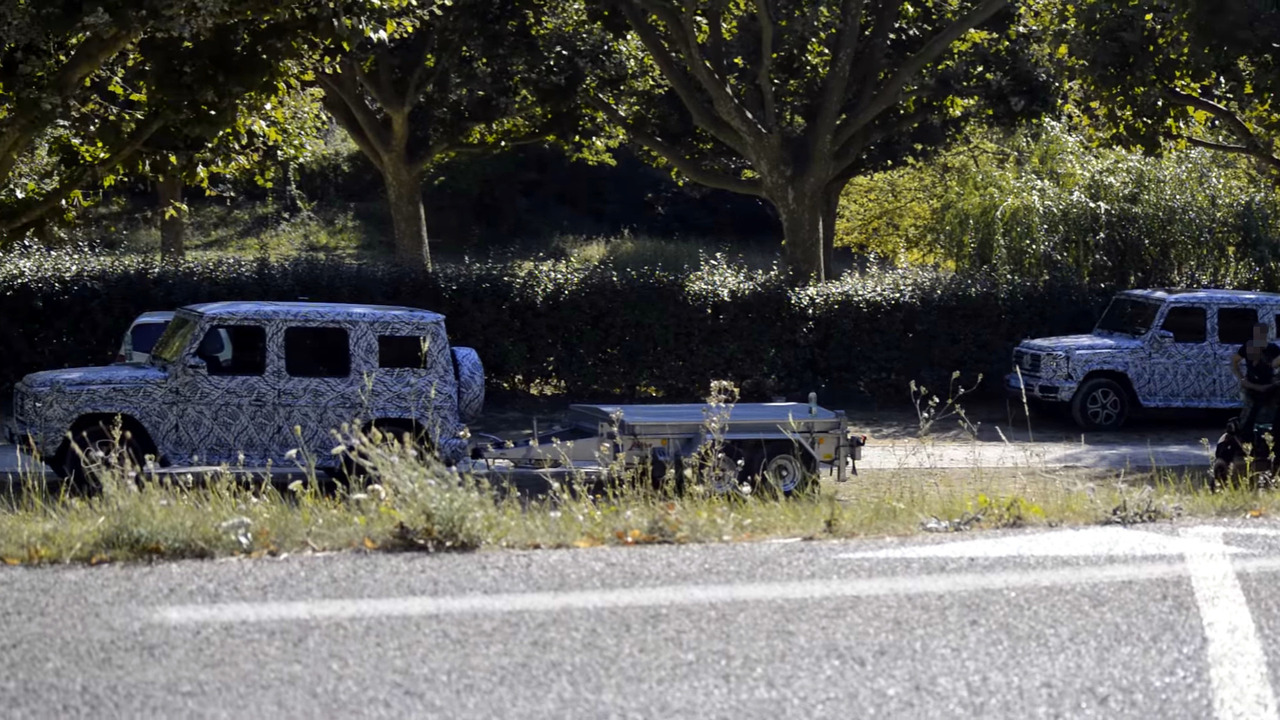 Mercedes-Benz is currently working on its new prototypes and one of them that got our attention for the time being, is the upcoming G-Class SUV, slotted for an official debut in 2018.

The model is best highlighted in the spy video below, with actually two test mules to undergo final tests before official unveiling on the market in a couple of years.

Visually, the Mercedes-Benz G-Class looks almost the same as the previous generation, adding though some slight changes at the front end, which comes with more muscular design lines.

The real changes occurred under the hood, the SUV coming with a newly-developed architecture, which could shed off an impressive 408 kg, thanks to the usage of lightweight materials. The new architecture will also allow the fitting of new engines, which would provide more fuel-efficiency and lower CO2 emissions.

We are not sure what kind of power the all-new G-Class will be using, but it perhaps carry over the mills from the current model. Even so, there are likely other engines to be added to the lineup, especially since the entire model range has received major improvements for the last couple of years.

For instance, the G500 within the lineup received an upgraded 4.0-liter bi-turbo V8 engine, which is high-performance engine used on the Mercedes-AMG lineup, while the hardcore G65 AMG was fitted with a massive 6.0-liter bi-turbo V12 engine, delivering a master 621 horsepower and 1,000 Nm of torque. We should also seen some of the engines above on the all-new Mercedes-Benz G-Class SUV!

Video: How about a Porsche Cayman with a V8 Rear Mid-Engine from Ford Mustang?