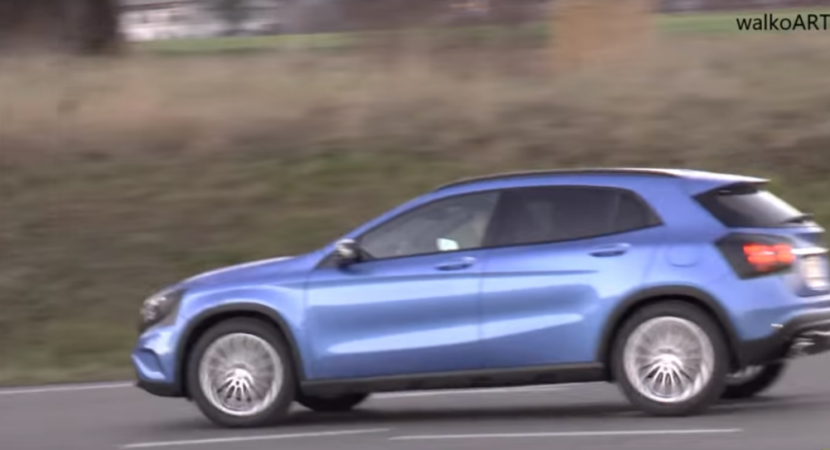 The Mercedes-Benz carmaker has sent the upcoming GLA facelift model for some testing, the SUV being also caught on camera. The model is preparing for a world debut somewhere next year.

As we can see from the spy video, the Mercedes-Benz GLA facelift will come in its final version with just a bunch of updates, mainly referring to the front and rear lighting clusters.

Apart the slight body changes, the GLA will take over the same general styling from the current GLA model, with some tweaks to be carried over the present A-Class as well.

From a technical point of view, the Mercedes-Benz GLA will also adopt the extra bi-xenon option or the full LED headlights, with new tweaks inside as well. We should thus see some new features at the instrument dials, or an updated eight-inch infotainment system compatible with Android Auto or Apple CarPlay.

In the engine department, rumors have it that the new GLA will carry over the same engine lineup, starting with the entry-level 2.0-liter turbocharged diesel unit, with 134 horsepower and 300 Nm of torque, and followed by a 2.0-liter four-cylinder, also found on the A45 AMG or the GLA45 AMG, with 360 horsepower and 450 Nm of torque.

Full specs will be announced at a later date, meanwhile, enjoy the spy video with the GLA facelift!