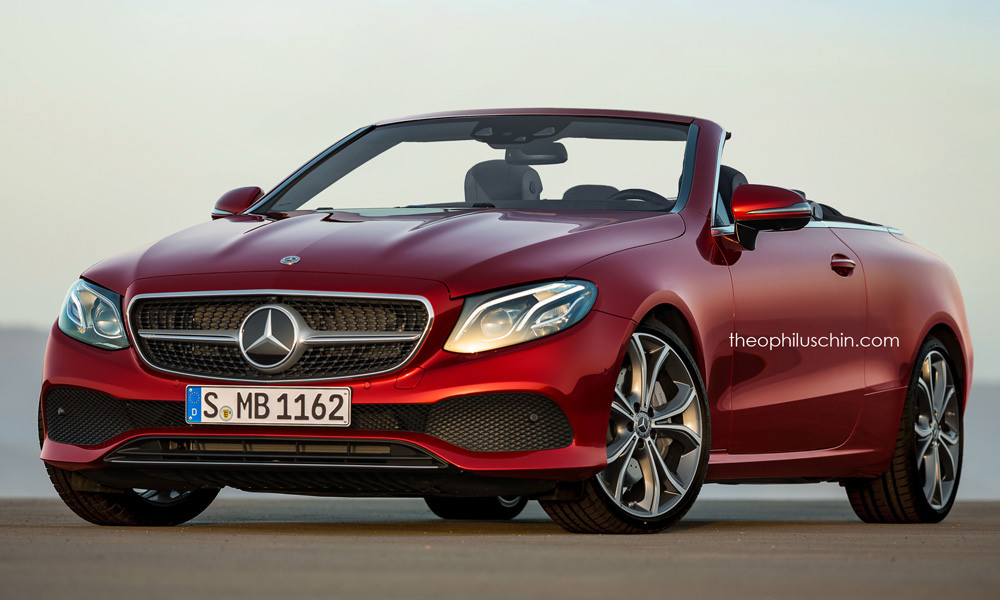 With just a couple of weeks ahead the upcoming of the 2017 Geneva Motor Show, Mercedes-Benz has already announced most of its high-end models that will arrive at the most important auto event of the year; most of them have been already previewed, detailed and discussed, except for a very special model in the shape of the 2018 E-Class Cabriolet.

Rendered below by famous rendering artist Theophilus Chin, the all-new 2018 Mercedes-Benz E-Class Cabriolet will arrive in Geneva along its stronger siblings – the Estate, Coupe, All-Terrain and the Chinese-based version – and coming with lots of technical influences and performance under the hood.

Speaking of performance, the 2018 Mercedes-Benz E-Class is likely to adopt a Europe-spec 2.0-liter four-cylinder diesel with 191 horsepower, along its turbo petrol variant with 181 horsepower and 242 horsepower, respectively. The top of the line AMG E50 and AMG E63 S Cabriolet will arrive in specs later on.

As aforementioned, Mercedes-Benz will also bring aboard other high-end features, like the newly reviewed Mercedes-Maybach G650 Landaulet, which is according to the company the “highly unusual variant of the legendary off-road icon, the G-Class.”

What makes it special and apart the G-Class is the chopped off roof for the rear seats, the model coming with lots of modifications and influences from the Maybach division as well. In the engine department, it also stays faithful to the Maybach range, with a massive 6.0-liter V12 engine, developing a pure 630 horsepower and whopping 1,000 Nm of torque.

The Mercedes-Benz`s stand in Geneva will also welcome the new GLA, a heavily modified variant of the current GLA, coming with new and much more aggressive design lines and of course, plenty of power under the hood. Besides the standard 220 4Matic, there is also the top of the line AMG 45 4Matic, with a 2.0-liter petrol, churning out no less than 381 horsepower and 475 Nm of torque.