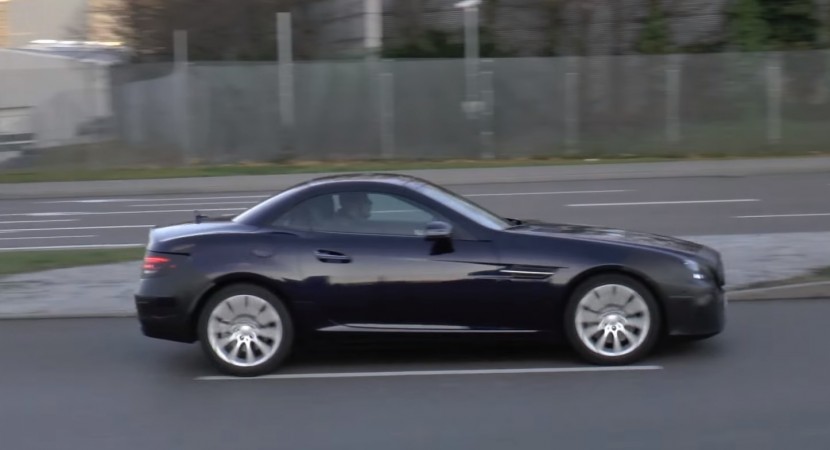 The Mercedes-Benz SLC, the successor of the SLK, is popping-up in our news again through a spy video, this time the model wearing a slight camouflage at the front and rear end.

As we can depict from the video, the new SLC is in its final stage of development, the model getting almost ready for an official debut at the 2016 NAIAS, in Detroit, next January.

The camouflage at the front and rear reveal the slight change it will come with, meaning a subtle tweak at the bumpers and grille, along with the new LED headlights and slightly revised LED taillights graphics.

Under the hood, the Mercedes-Benz SLC will come with a 3.0-liter V6 engine twin-turbo engine, available in the 450 AMG Sport, which will develop 367 horsepower and 517 Nm of torque.

On the other hand, the hardcore version will replace the 5.5-liter V8 naturally aspirated engine in the favor of the same V6 twin-turbo, with 421 horsepower and 550 Nm of torque.

More details will be released in January, after its official debut, meanwhile, enjoy the video with the spied Mercedes-Benz SLC and don’t forget to share your opinions on the model with us!