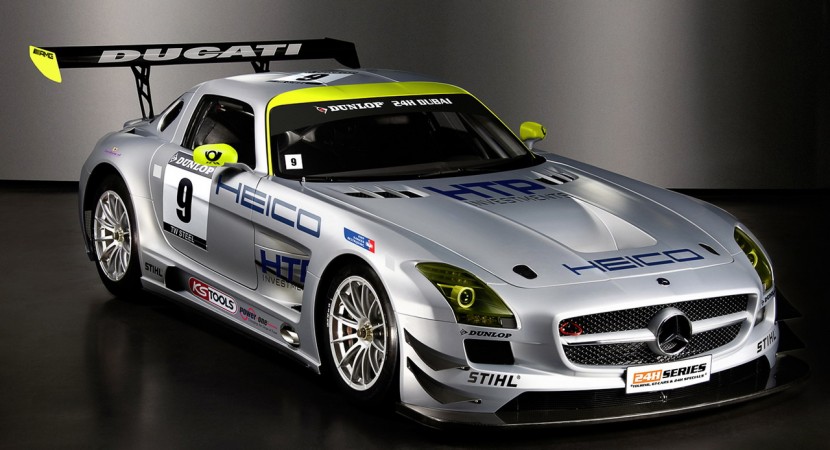 Mercedes-Benz’s flagship SLS AMG has been rather hesitant to enter motor sport events until the recently ended 24 hours of Dubai. This is mostly because the paint on the Mercedes-Benz SLS AMG GT3 racer has barely had time to dry.

At this point you may be wondering how it stacked up against the opposition at the aforementioned endurance massacre and I’ll tell you that it did rather admirably. 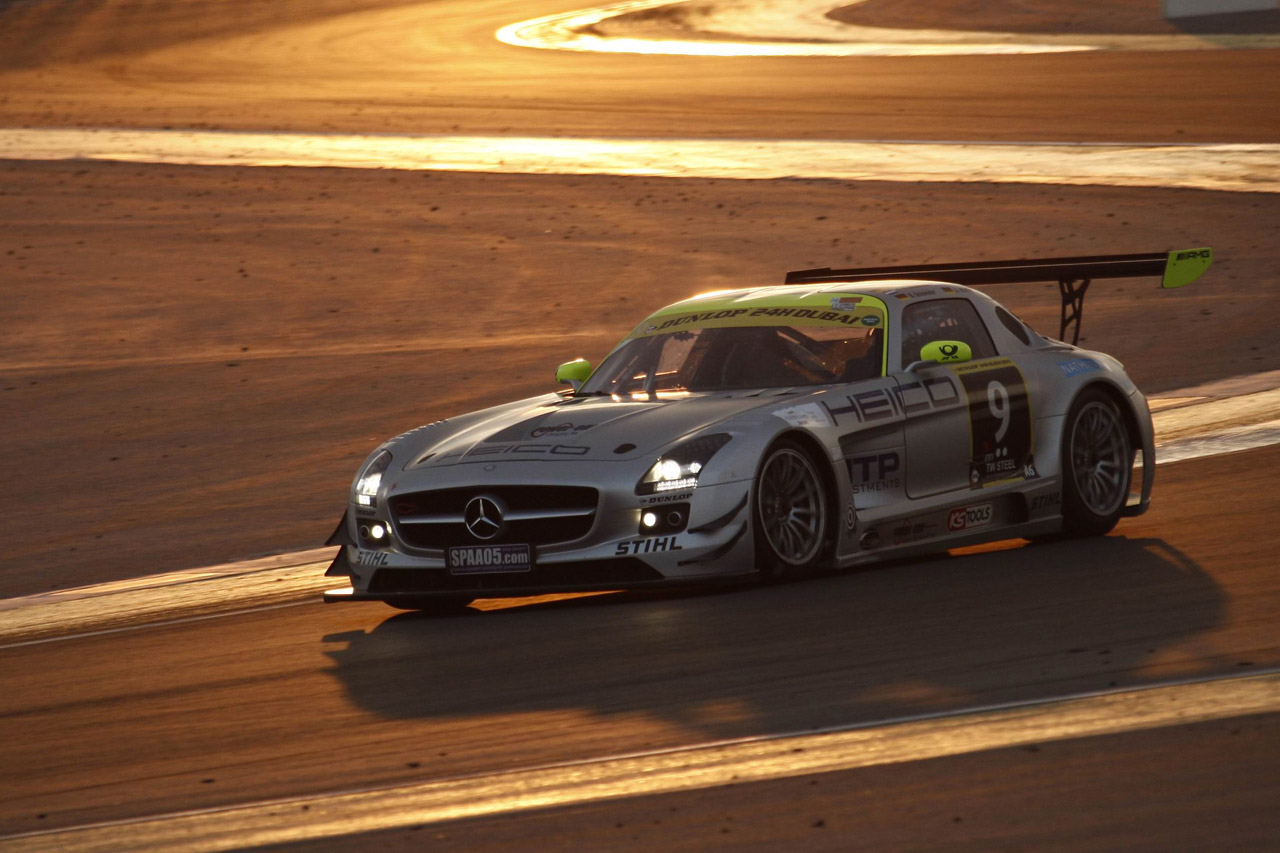 One of the Silver Arrow liveried SLS AMG GT3s in the race managed to snag a podium finish. Be it just third place, for a debutant that’s more than acceptable.

The team running the Gullwing GT3 is a private operation called Black Falcon and it employed the services of the following drivers for the Emirates’ race: Thomas Jager, Jan Seyffarth, Kenneth Heyer, and Sean Paul Breslin.

The SLS AMG GT3 went through the 24 hour race without any technical faults and it managed to complete 594 laps, which puts it just four away from being the winning vehicle. Uli Fritz, head of AMG Customer Sports spoke to the press after the event and he said he is happy with the situation and also promised that fans of the SLS AMG GT3 will be able to drive it soon via the AMG Driving Academy program.