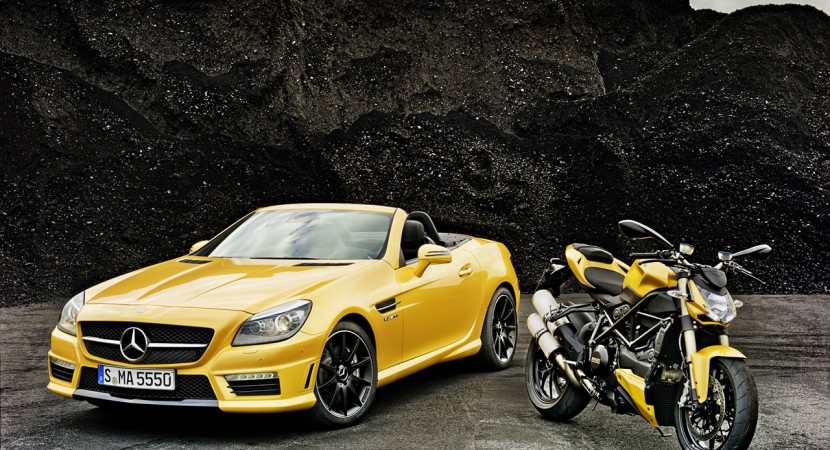 Though not exactly the biggest of news, a couple of years back the Germans have once again teamed up with the Italians.

No war was planned but Mercedes and Ducati have both gained something from the deal and they want us to know that the future holds more of the same. 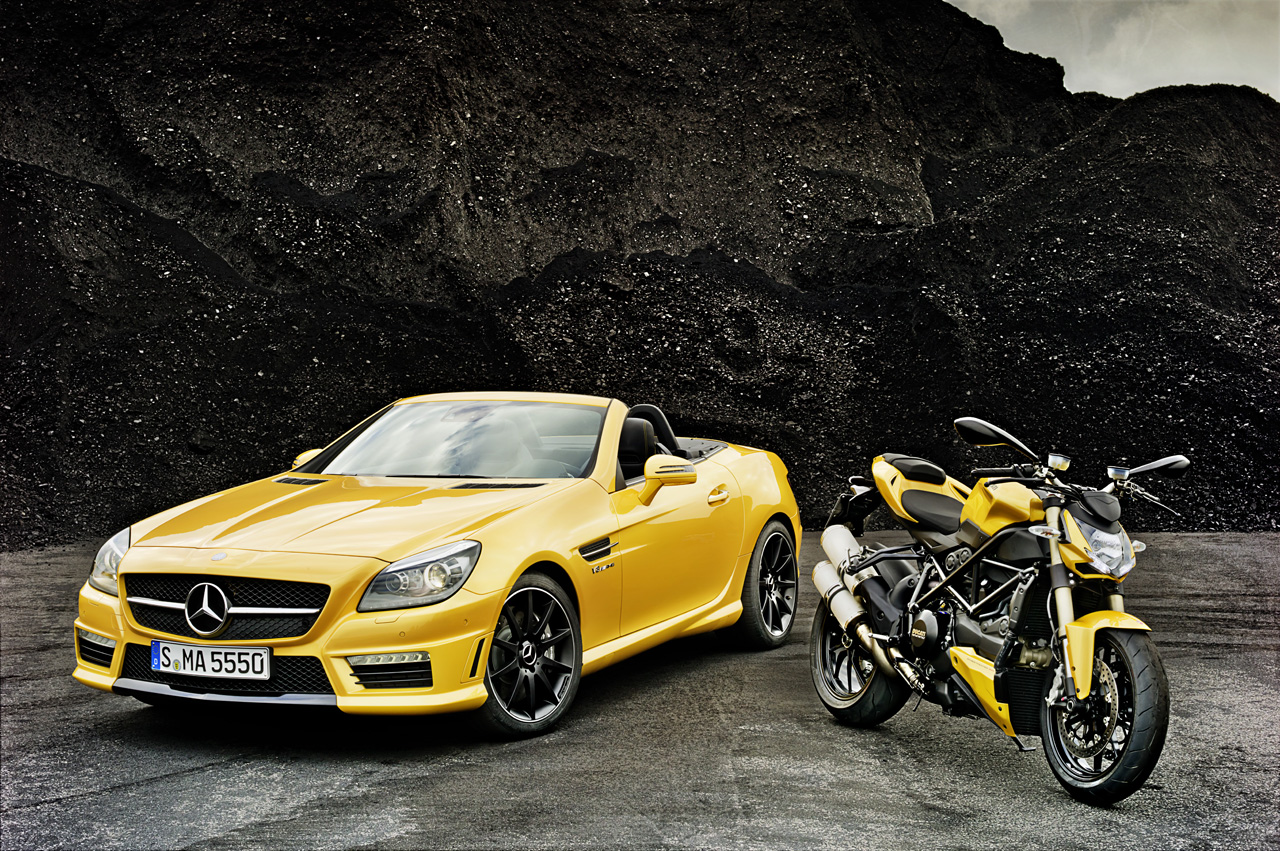 In order to celebrate their mutual agreement’s second birthday, the two companies shared a stand at the ongoing 2011 Bologna Motor Show and they’ve brought some special items to show off.

Their showcase includes a 2012 Mercedes SLK 55 AMG roadster and a Ducati Streetfighter 848, both of which are painted in the same “motorshow-ish” color.

The specific shade that’s shared by the small roadster and the even smaller motorcycle is called Streetfighter Yellow and it’s obviously not from the German business man’s catalog. 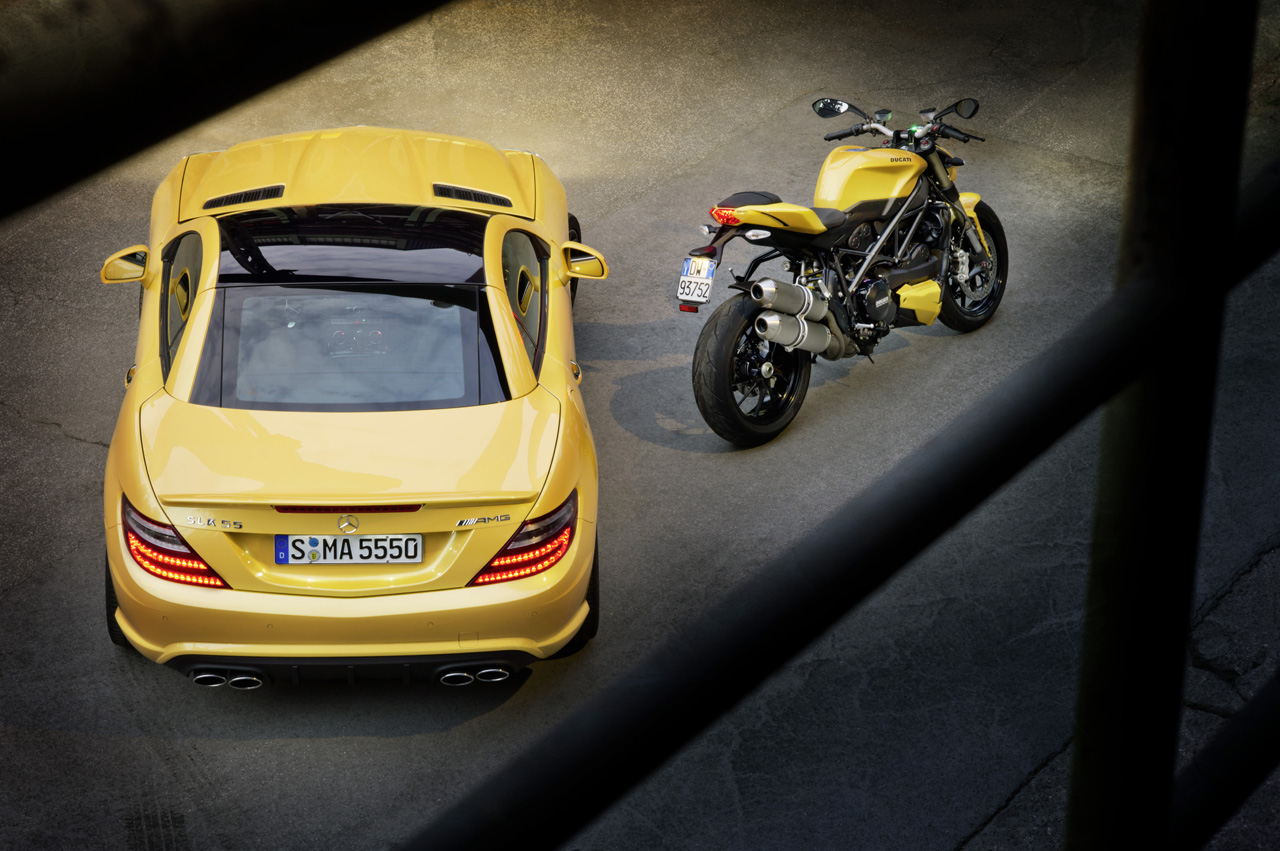 When it comes to sharing technology and partnerships, Mercedes and Ducati employ something critical nowadays, fuel saving technology.

You see, while the Mercedes SLK 55 AMG produces 422 horsepower from a naturally aspirated 5.5 liter V8 and the Ducati Streetfighter 848 pushes out 132 horsepower, both of them can actually be called economical.

The Mercedes can manage a mind boggling 28 mpg on a combined EU cycle while ripping your face off the bike can do even better. 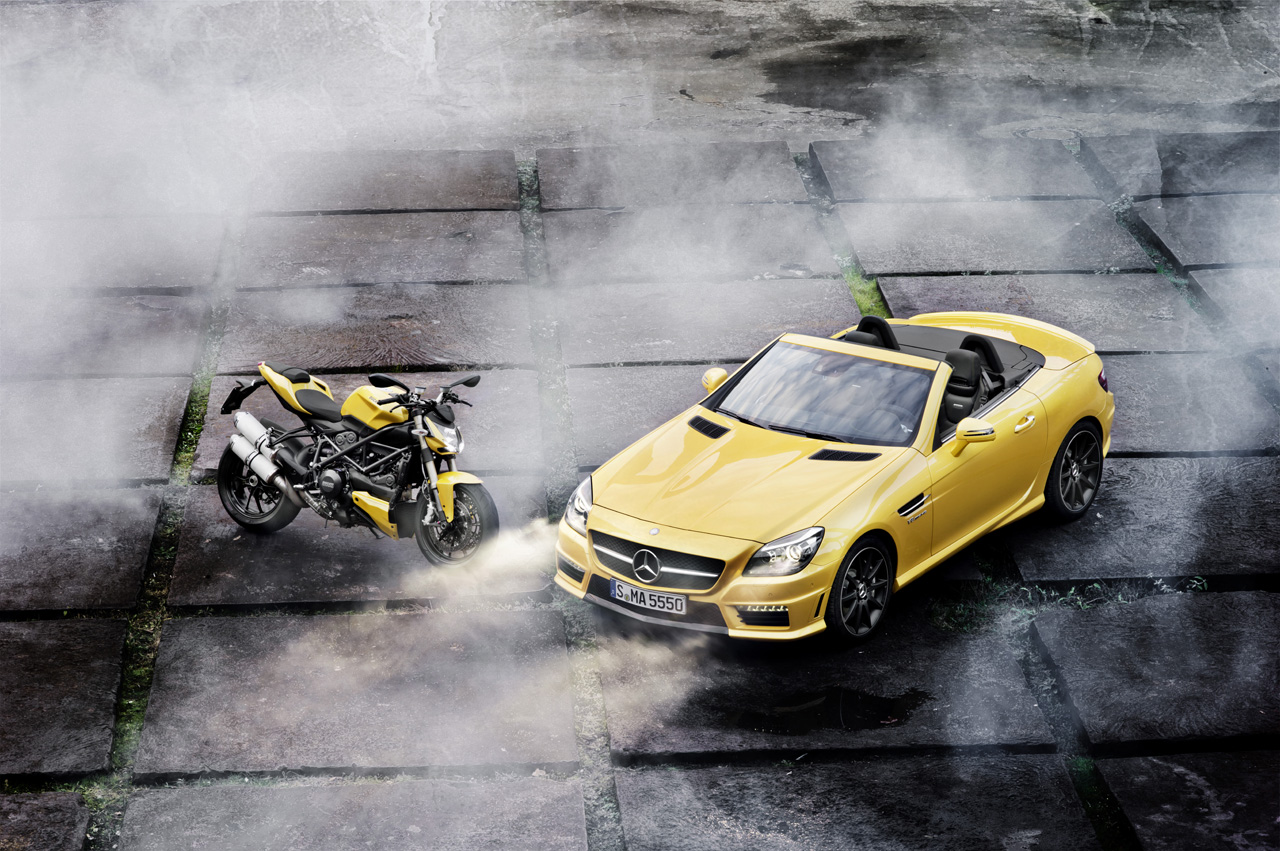 Everything is achieved thanks to shared cylinder deactivation technologies as well as a few other fuel saving ideas that kick in when performance isn’t needed.

This came from Ducati who’ve traded this tech so that they can get the AMG group behind their MotoGP effort.