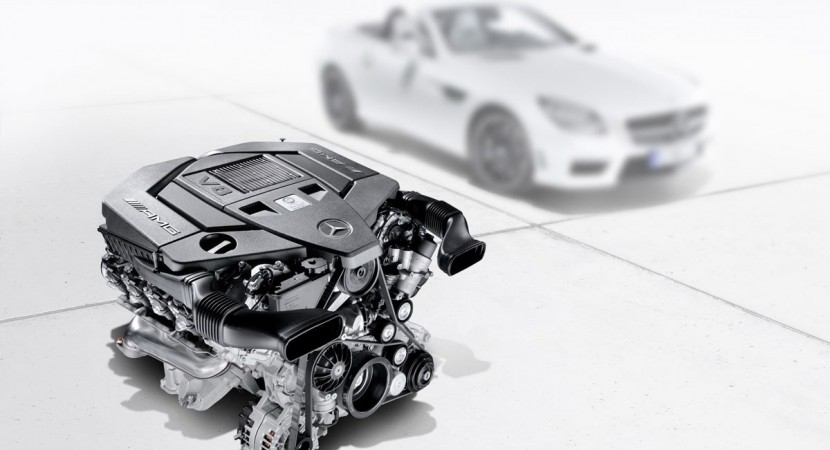 The Stuttgart-based manufacturer decided to reveal new details of the 2012 Mercedes SLK AMG, a model which, of course, is scheduled to make its first public appearance at the upcoming Frankfurt Auto Show. If we can’t distinguish its new appearance as we got nothing but a subtle teaser image, we are able to discuss on the engine which fits the new high-performance model as the Germans revealed a bunch of details in this regard. 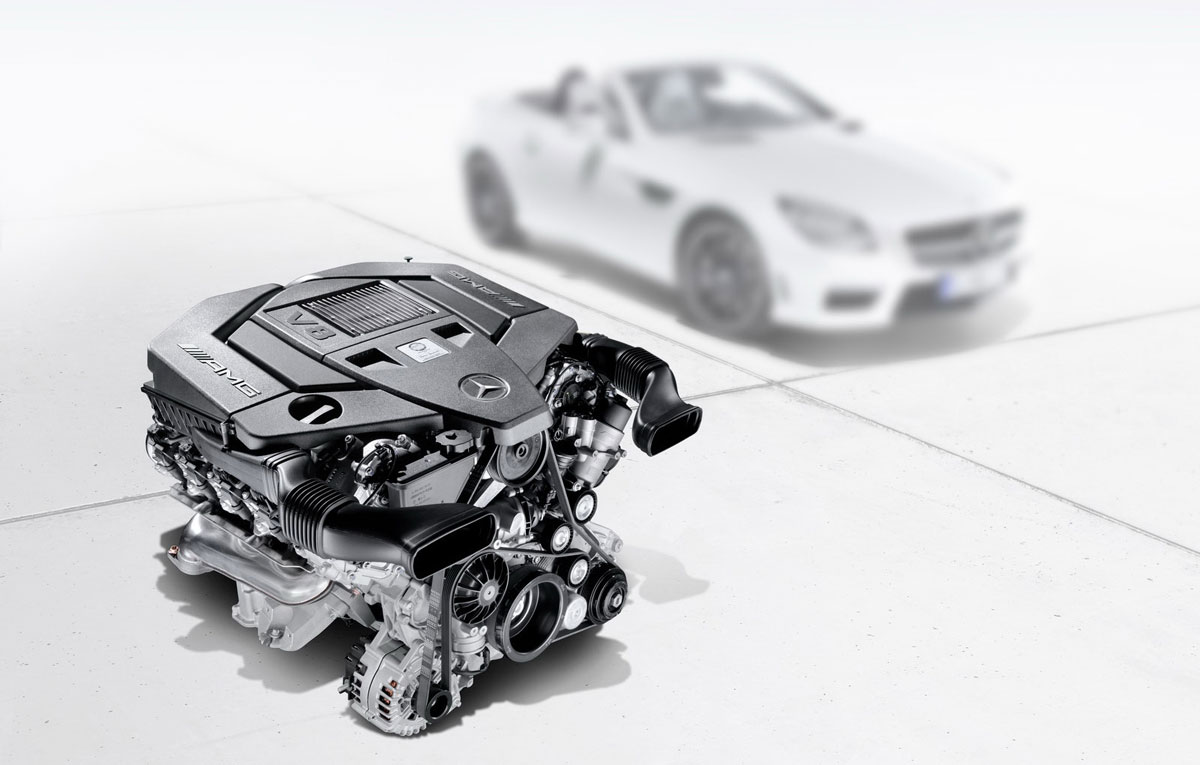 Downsizing is quite common in the automotive world these days but Mercedes decided to continue with a naturally aspirated V8 instead of using a turbocharged V6. This might not sound very eco-friendly but you will see that they did a great job on fuel efficiency while the total output significantly increased. 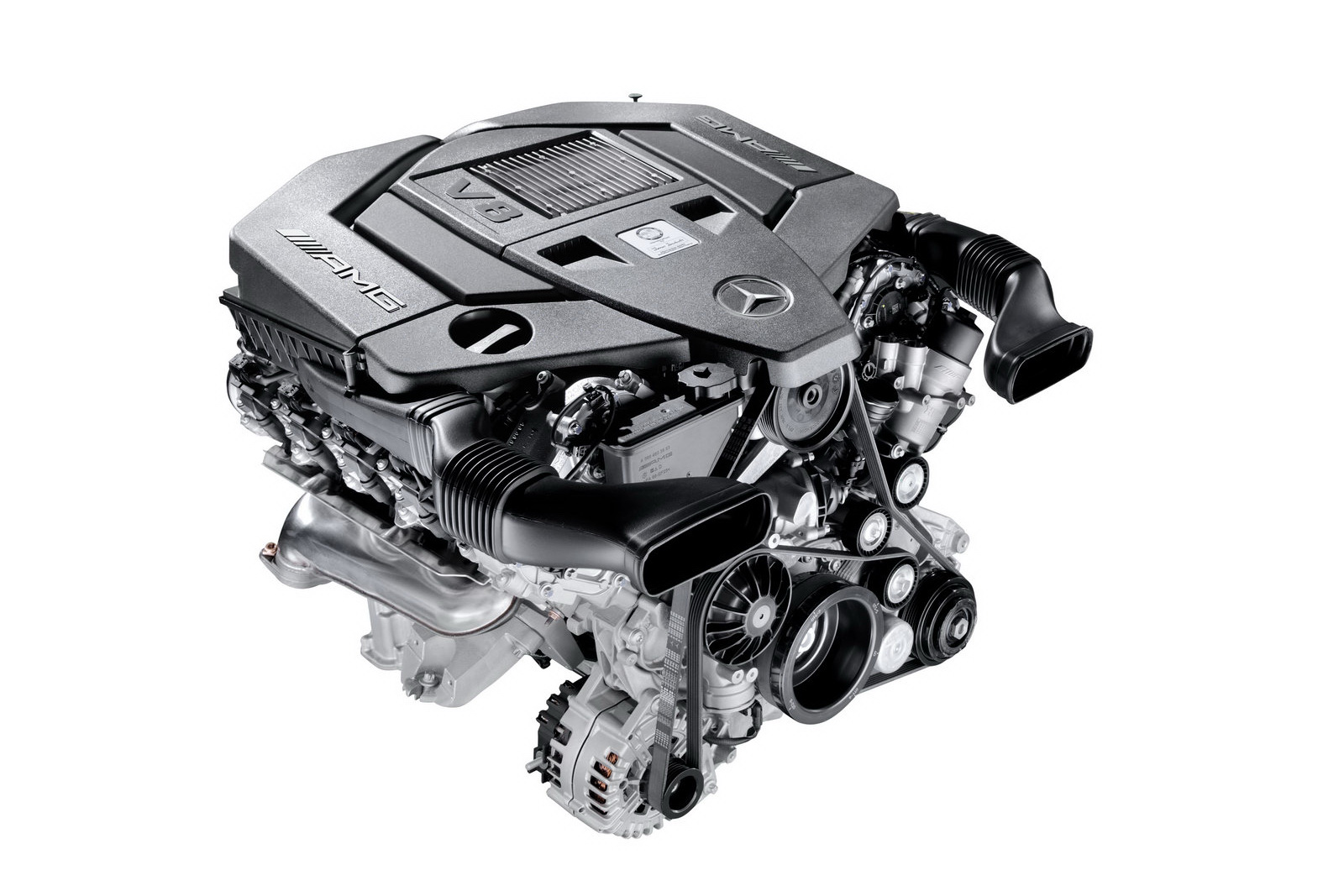 The new naturally aspirated engine is based on the AMG M157 unit which can be found under the bonnet of other AMG models such as the CLS 63, S 63, CL 63 and E 63. According to the official details, the new 5.5-liter V8 benefits from the innovative AMG Cylinder Management technology able to improve the fuel economy by using four of the eight cylinders from 800 rpm to 3,600 rpm. 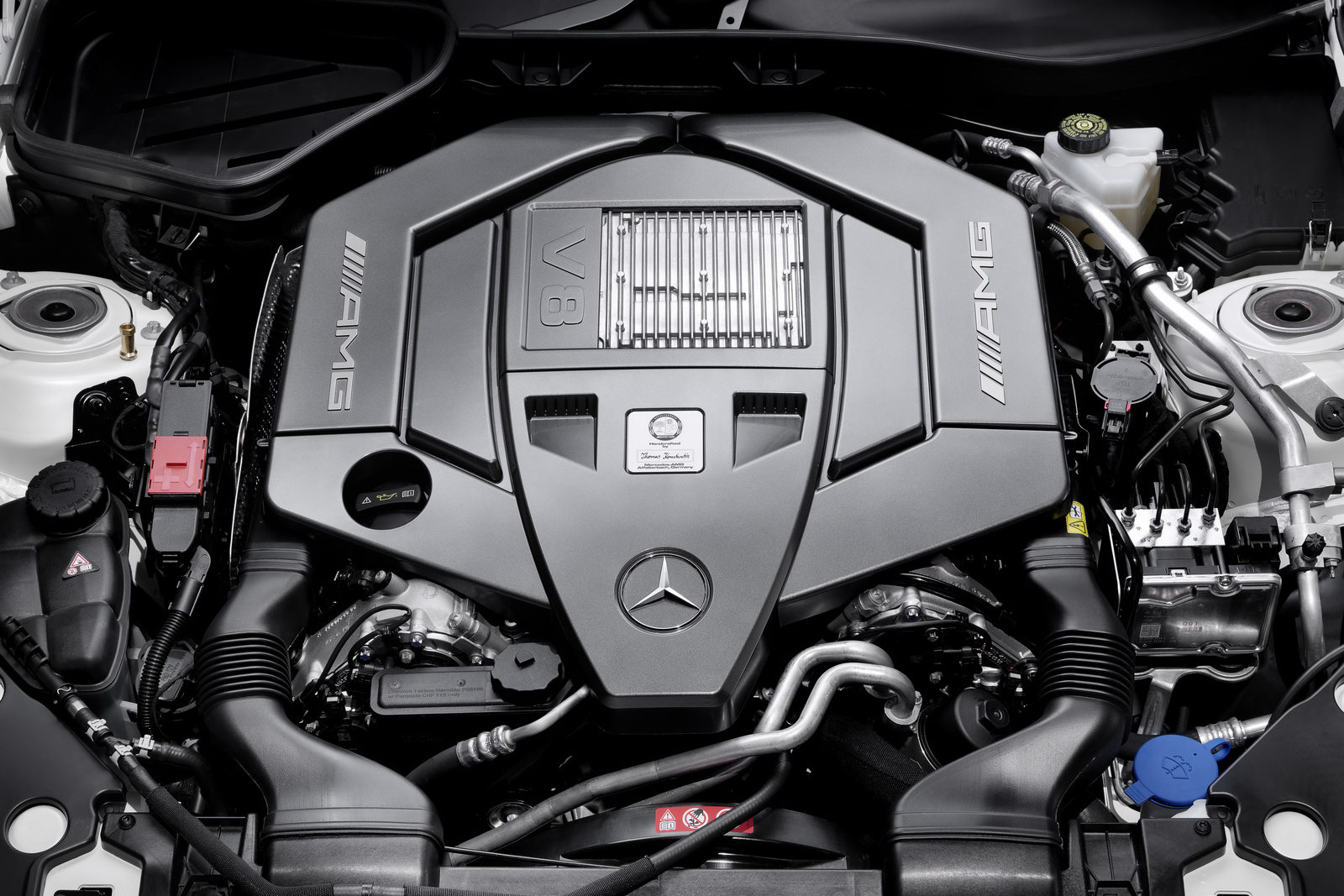 However, when the driver exceeds this level, all the eight cylinders are actioned in less than 30 milliseconds which means that you won’t feel any inconvenience. “There seems to be the necessary demand for diesel cabriolets. We’ve seen good sales of diesel E-class cabriolets and other manufacturers have had a lot of success with similar models, so it only makes good sense to add it to the SLK,” says Mercedes. Full details and photos should be released quite soon considering that the Frankfurt event is not that far away.