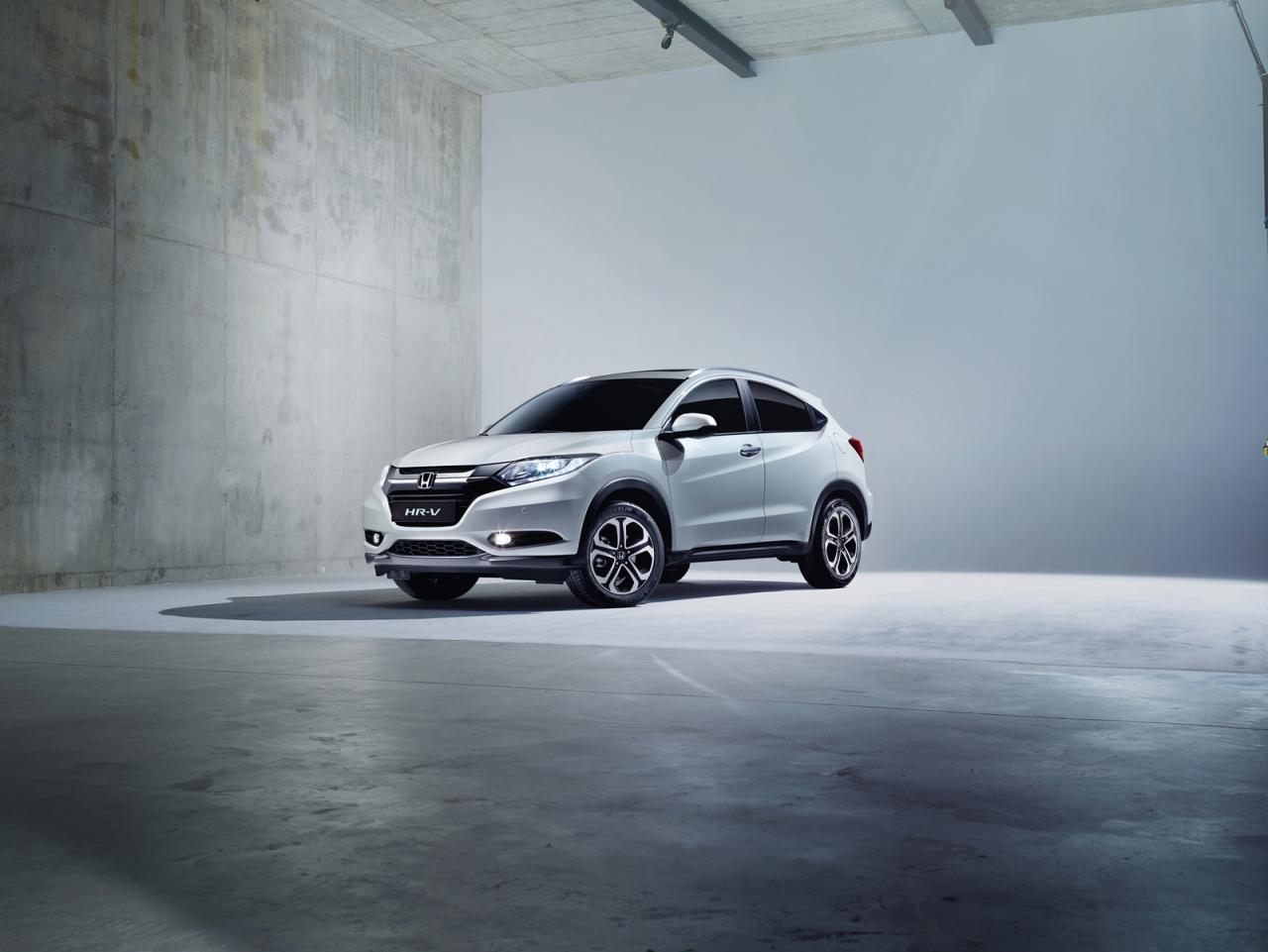 Honda released official details and photos on the Euro-spec HR-V crossover. Slated to go on sale this summer, the new Honda HR-V comes with a 1.5-liter i-VTEC engine producing 130 horses as well as a 1.6-liter i-DTEC with 120 horsepower.

A standard six-speed manual transmission is available for both models while a CVT is optional. Interior tweaks for the Honda HR-V includes a 5-inch touchscreen display part of the infotainment system, Bluetooth, USB and Wi-Fi connectivity as well as a Garmin Navigation system.

There’s also the Magic Seats 60:40 split system as well as an increased trunk capacity of 453 liters. Fold down the seats and you will get over 1,000 liters of luggage space.

“The HR-V portrays a characterful poise, with the distinctive, boldly sculpted lines of a coupé merged with the tough, solid stance of a robust SUV,” claims the carmaker.

A plethora of safety systems such as Intelligent Speed Assist, Lane Departure Warning, Advanced Driver Assist, Forward Collision Warning, Traffic Sign Recognition, High-Beam Support and much more are available on the new HR-V. More information including pricing details in Europe will be released in the coming months, as the debut date gets closer and closer.