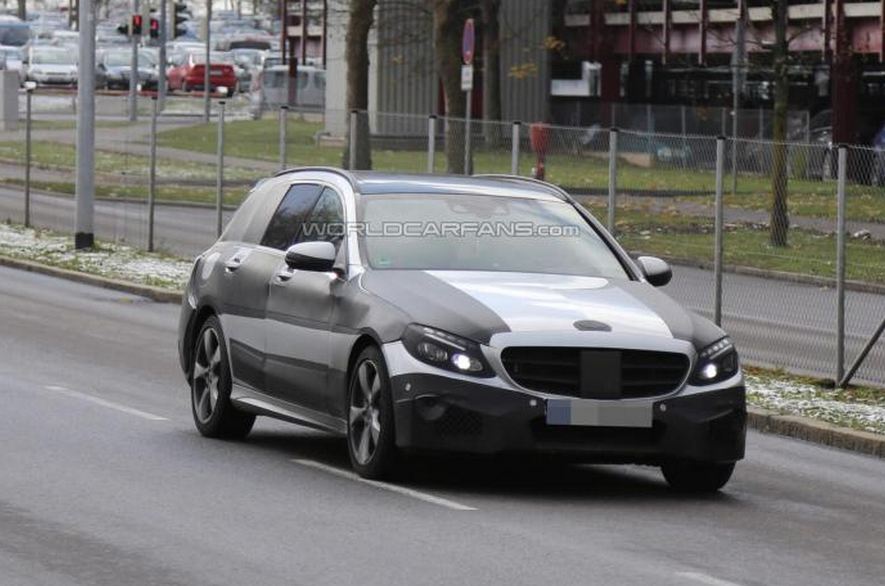 The new Mercedes C-Class Estate seems to get closer and closer to debut as new spy images were shot today. With its Sedan counterpart to be unveiled next week, the Estate version is getting ready for a world premiere at the 2014 North American International Auto Show.

The Detroit stage will host the premiere of both models but the sedan version is going to be first on the list.

At the exterior, the German wagon comes with an updated design with features found on the new S-Class as well.

The new C-Class Estate rides a special MRA platform as well as an Airmatic suspension. Inside, buyers will get improved materials as well as new trim and new-generation systems.

Stay tuned for official details and photos for the new C-Class Estate as the German model will get closer to debut.