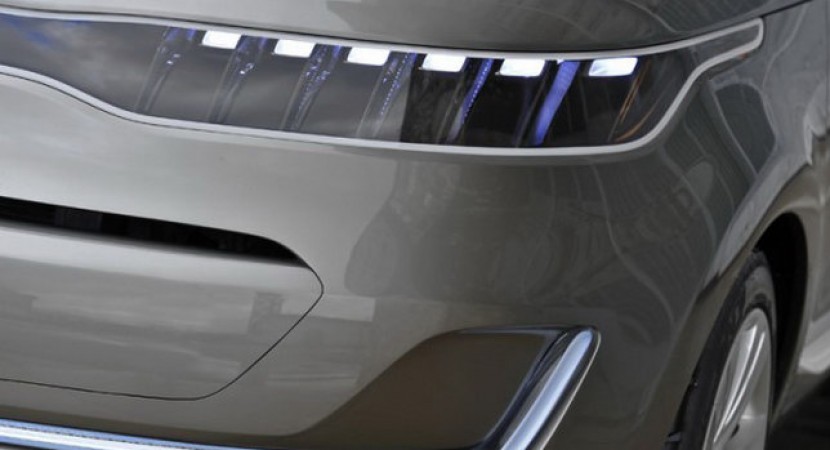 The people from Kia decided to reveal one more and probably last teaser before the KV7 Crossover concept will be fully revealed at the 2011 NAIAS. Unfortunately this new teaser isn’t coming with additional information on the new Kia KV7 Crossover concept but instead it reveals a part of the model’s front. 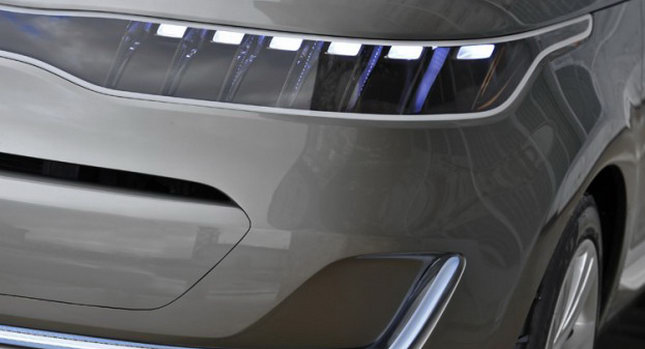 Thanks to the new teaser photo we can see the futuristic headlights together with a part of the front bumper. From the first teaser we had the opportunity to overview the entire concept from side.

The South Korean designers from Kia featured Gullwing-style rear doors together with normal front doors, an interesting ideea indeed. In the rear the model is fitted with futuristic optical blocks and inside the dashboard and the seats are following the same idea. We can’t tell too much about this concept as we are now talking based on two renderings. However, the Detroit Auto Show is very close and we will turn back to this subject as soon as Kia will reveal the KV7 concept.