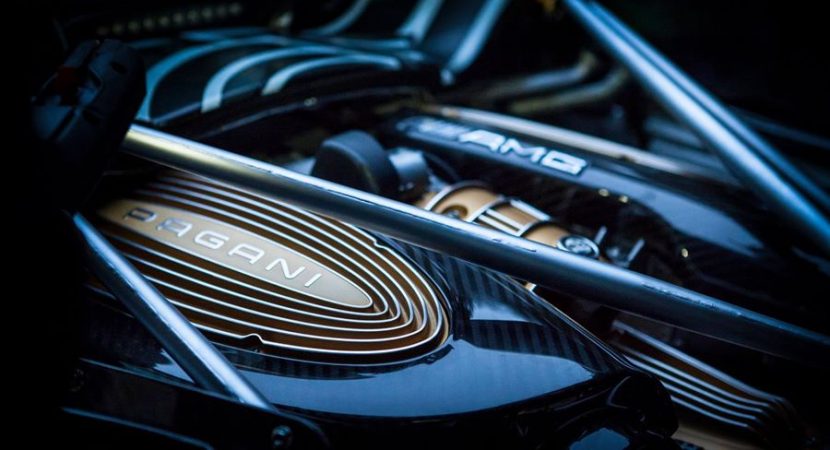 Pagani will officially introduce the already campaigned Huayra Roadster at the 2017 Geneva Motor Show, with the model to be teased ahead the event in some cool pictures, the freshest one revealing the supercar`s impressive engine, which is a BC-based one.

The images were released on Pagani`s Facebook page and details the Toadster`s massive 6.0-liter twin-turbo V12 engine developed by AMG, which is set to come with astonishing power, just like the one seen on the previous BC supercar.

In a recent interview, Pagani representatives explained the connection between the BC coupe and the future Huayra Roadster:

“As we moved forward with the Roadster, we decided to give her a bit more of an edge in order to create a slightly more aggressive shape than the Huayra Coupe…We realized the Pagani Huayra BC was an incredible piece of Engineering so all this technology was built into the Pagani Huayra Roadster…”

As a reminder, the Pagani Huayra BC developed 588 kW and whopping 1,098 Nm of torque, a mind-blowing difference from the standard 543 kW and 1,000 Nm of torque.

And even if Pagani has not yet confirmed the official numbers for the Huayra Roadster, we could foresee around the same 588 kW, the model becoming thus one of the fastest and more powerful convertible with a rear-wheel setup.

And even if it won`t be that fast as the BC, since it will weigh around 50 kg more to compensate the lack of the roof, it will make the headlines of the newspaper with fantastic performance figures. Once available in a limited-run of just 100 units, this particular model will have sold very quickly. We should be able to find out full information at the 2017 Geneva Motor Show.