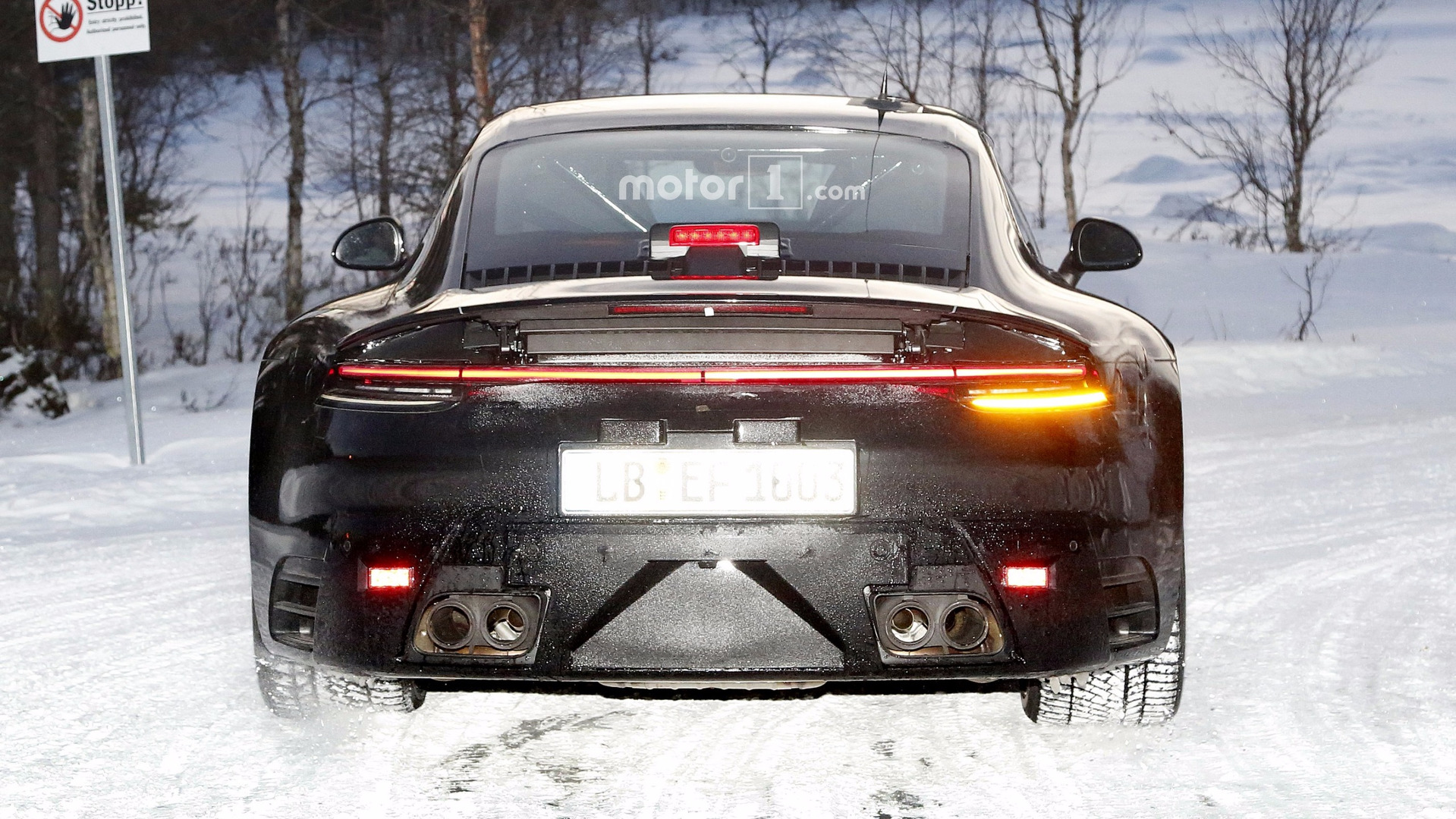 Following a first batch of spy photos which revealed the all-new Porsche 911 (992) fully-camouflaged and undergoing some road tests a couple of months ago, now we have updated shots with the same test mule coming with new body styling elements, which means that the model is closer to the production line.

As opposed to the previous photos which revealed the car`s rear end with new taillights based on the Carrera 4, it seems that the carmaker decided this time to go for new elements, and tweaked the test mule with new ones which kinda resemble those found on the Mission E concept revealed back in 2015.

The Mision E-like taillights consist of a long strip running from one side to another, with the exhasut tips being positioned closer to the rear bumper`s center. The rear intakes are also likely to be larger than on the current model.

There are also other styling elements that brings it closer to the Turbo or Turbo S variant of the Nine Eleven, particularly the large air vents.

Overall, the car looks much bigger than the previous generation, coming as well with other styling cues like beefier front and rear fenders, with wider wheel arches and tracks at both axes. Inside, the cabin will adopt the new technology available at the moment, the model coming as well with a role cage, new dashboard layout and so on.

The 2019 Porsche 911 will debut somewhere next year first in the form of the Carrera and Carrera S. It will be shortly followed by the all-new electric Mission E in 2019.