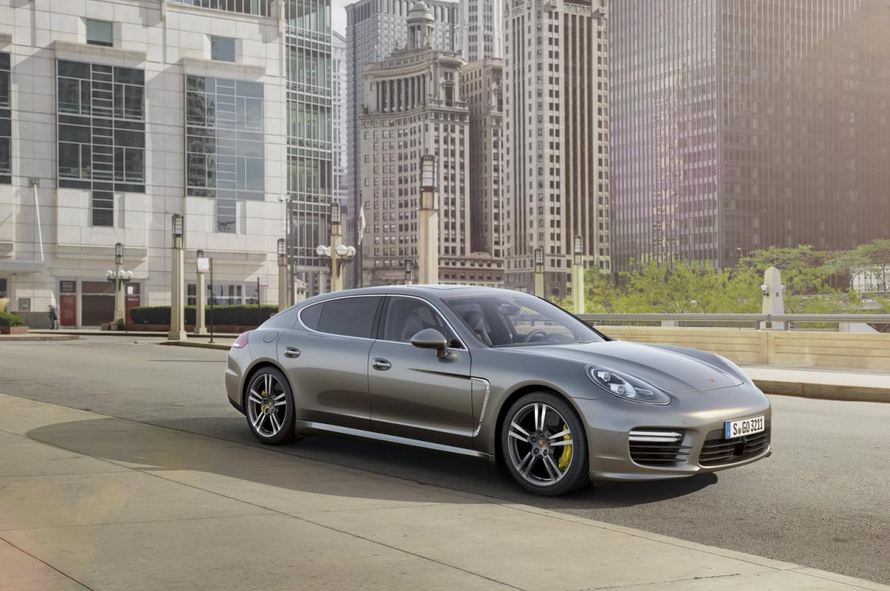 The high-performance Panamera Turbo S is officially unveiled today by the Germans at Porsche. The new model comes with a powerful 4.8-liter V8 engine producing 570 horsepower.

With such resources, the 0-100 km/h sprint is possible in 3,6 seconds with a top speed of 309 km/h. At the exterior, the German model stands out thanks to LED headlights, revised bumpers, air intakes and new alloy wheels.

The new Porsche Panamera Turbo S will be offered with an Executive version as well. This variant comes with an extended wheelbase of 150mm for more rear legroom.

The new models are scheduled to make their debut in world premiere at the Tokyo Motor Show in November. According to the company, the new Panamera Turbo S will start at $180,300 in the States with the Turbo S Executive at $200,500.