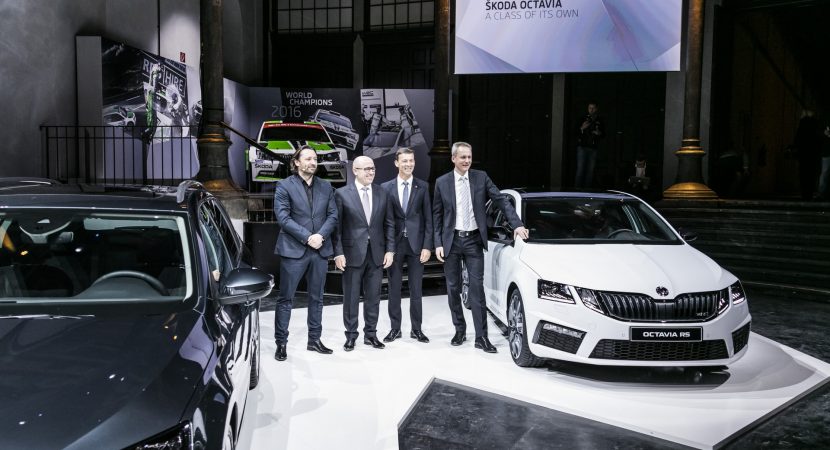 There were a lot of bad reviews concerning the styling of the all-new Octavia RS, which takes its overall inspiration from the newly-unveiled 2017 Octavia, but compensates however with more performance under the hood.

Recently, the carmaker has released the first video presentation of both the RS Coupe and the Wagon, the models playing around on the track in big style.

Unveiled more than a month ago, the 2017 Skoda Octavia RS facelift is now the star of the first promotional video, which highlights the cars` styling as well as the interior with the plethora of gizmos.

Besides the striking resemblance with the 2017 Skoda Octavia facelift, the RS stands-out from the crowd with some new mechanics. The model is 30-mm wider than the stock model, coming with a wider rear track as well and making it more aggressive and increasing its driving capabilities.

There are yet some new styling elements that differentiate it from the Octavia, like the split headlamps and revised hood, adding a modified front bumper and slightly revised taillights.

Inside, the cabin changes are also visible and refers to the new infotainment systems available with an 8.0- or a 9.2-inch capacitive screen, adding touch buttons on the left for other functions.

In the engine department, the all-new 2017 Skoda Octavia RS facelift brags with a 2.0-liter TSI engine, the same one seen on the regular Octavia, but now churning out 230 horsepower. On the diesel side, the 2.0-liter TDI comes with around 184 horsepower, paired to a standard front-wheel gearbox or an optional and high-performance AWD system. Push the play button to watch the new RS in action!